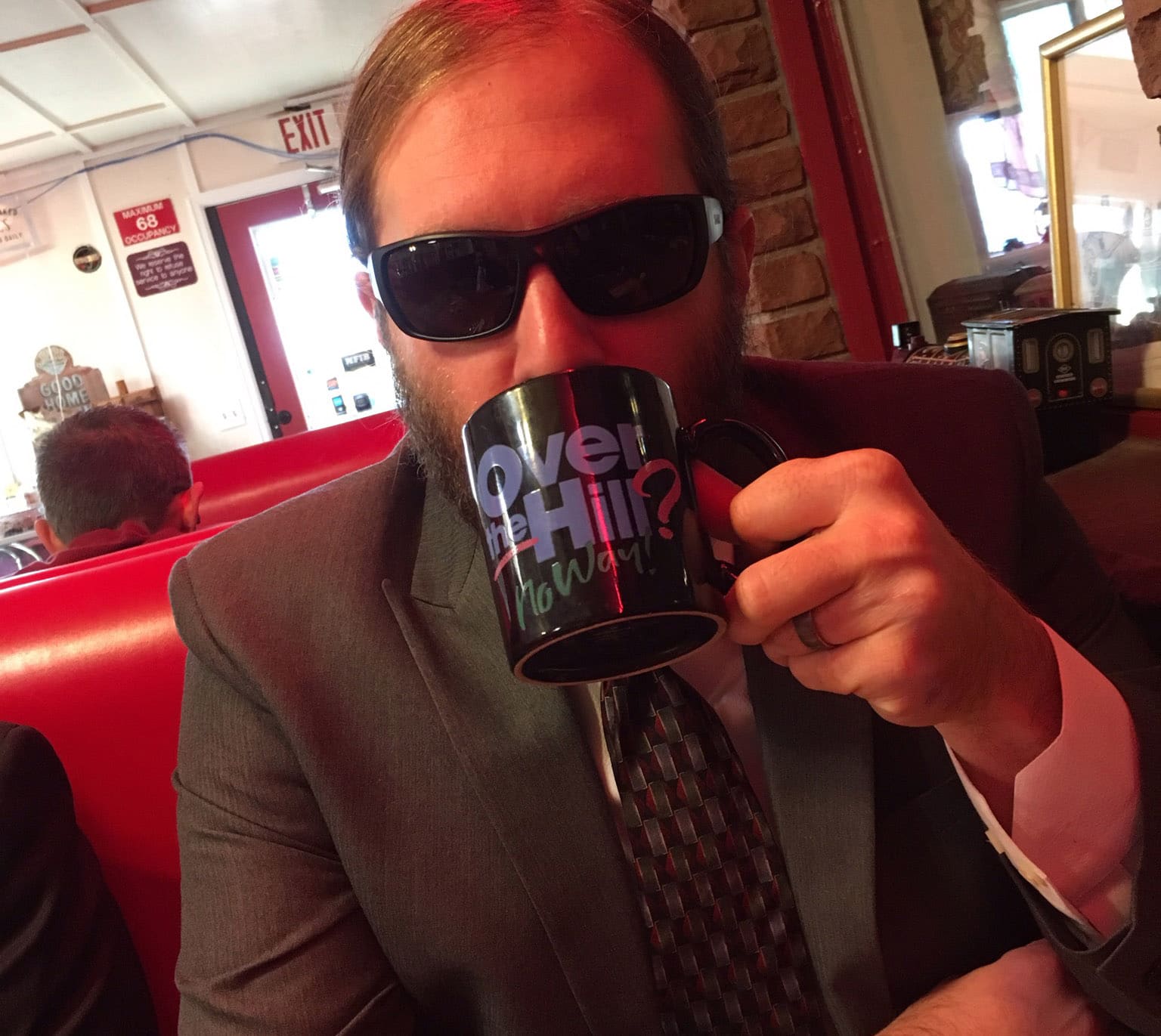 This profile recently appeared in an NFCB monthly newsletter. You can subscribe here.

Zach Zimmerman has called Jackson, Wy. home for most of the last decade, despite his friends’ and family’s attempts (and occasional successes) to lure him back to his native California. When he’s not herding cats at Jackson Hole Community Radio, he can be found being herded by his wife and two dogs — hopefully while snowboarding or mountain biking. He also plays drums in a band called The Otters.

What was your journey that brought you to community radio?
My journey started in high school with KVHS in Clayton, Calif., “90.5 The Edge.” I grew up in a music loving family, and as soon as I could get myself to this neighboring high school to be involved regularly I was hooked. By the end of high school I was working there about as much as I was going to class!

What was the moment you decided you wanted to make leading a station part of your daily life?
It really never crossed my mind until the opportunity presented itself. I was involved here at KHOL in Jackson as a volunteer programmer almost since our inception in 2008. I was going through some other life/employment/getting old changes around the same time that our founder announced his resignation from the GM position, about 3 years ago. I threw my hat in the ring, and it worked out great.

Take us through a recent work day.
I live five blocks from work, so it starts with a real short bike ride or walk depending on the weather. The usual email barrage starts the morning in the office, as I try my best to never check email outside of office hours. I also check in with my two paid staff who handle our community affairs programming, underwriting, and music direction. We, or rather I, train new programmers on an on demand basis, so there are usually some new volunteers in some stage of the training process orbiting around, making a prerecorded show for us or trying to find their way onto our schedule. We are also the only place in the region with a digital recording phone system, so we often have some kind of contract recording session in one of our two production rooms. Aside from that, there is always the fundraising and outreach element, whether we are prepping for a campaign or partnering in a community event, I usually spend part of the day working on something that raises the station’s profile and hopefully a few dollars along the way.

When are things most difficult, and how do you get through it?
Donor fatigue in our small town and finding enough reliable year ’round volunteers are our two biggest challenges. To get through these challenges I try to keep in mind that the people are out there, even in our 40,000-person community/broadcast range, and that it’s all about how to connect with them in creative new ways. If even three percent of our overall population would donate to the station we’d be in great shape (it’s a little more than one percent right now). If one-half of one percent wanted to volunteer with us, our airwaves would be overflowing. So constantly trying new outreach approaches is my main method to overcome these challenges.

Are there challenges you have figured out that others have not?
So far we’ve been able to keep our heads above water as a relatively new organization in a small valley that has 250+ nonprofits. Not everyone makes it, and we just passed the decade mark. We’re not getting rich, but we’re not running from collections (yet!) so that’s positive.

What personal trait has been most beneficial to you in community radio?
Patience and the ability to multitask are tied at the top there.

Name two topics you’d like for the next generation to solve for community radio, and why.
Why is community radio still relevant in the age of podcasts and bottomless choose-your-own free content? I have my answers, but I think that is a major discussion that will inform the future of our medium.

How can independent media outlets remain independent, but use our united voices to let the world know we’re still here, and not going anywhere? I know, the answer of course is NFCB. But I think there are other possibilities that haven’t been imagined yet.

What tools do you often use as a manager?
Phillips head screwdriver most often. Tape and pliers are a close second and third.

What is your workspace like?
We’re located in the Jackson Hole Center for the Arts, with about 18 other nonprofits, so there’s always something going on in the building, which is great. We have windows that look out at the mountains — both are a blessing and a curse — and you can see right into the on-air studio from the lobby, so we get all sorts of visitors. We only have three people on staff, so our actual office is pretty small. Our music library doubles as our in-studio performance space, then we have our on-air room and two production rooms. So we make the most of our small space.

How do you track what you have to do?
It’s a mix of short-term goals and long-term vision. I rely mostly on a mental priorities list and my support staff to keep up with the constantly changing scope of work.

What the best advice you ever got?
One of my dad’s favorite sayings is something to the effect of “No one wakes up and decides I’m going to do a terrible job at life today.” Basically, meaning everyone is trying their hardest, despite what it seems like sometimes, so try to see the best in everyone, and give them as much credit as you can, because you don’t know what else is going on in their life. I’m not good at doing that all the time, but I like the concept.

What do you always recommend others read?
I’m an avid reader, where to begin? Read the PSAs and on air schedule! Non work/radio related I’m all over the place. We have a solid weekly local paper, which I am thankful for. I read lots of magazines; Harpers, The Atlantic, Utne Reader, Juxtapoz & National Geographic (damn you News Corp!) are some favorites. For books I recently enjoyed Burn this Book, compiled by Toni Morrison and Barons of the Sea by Stephen Ujifusa.