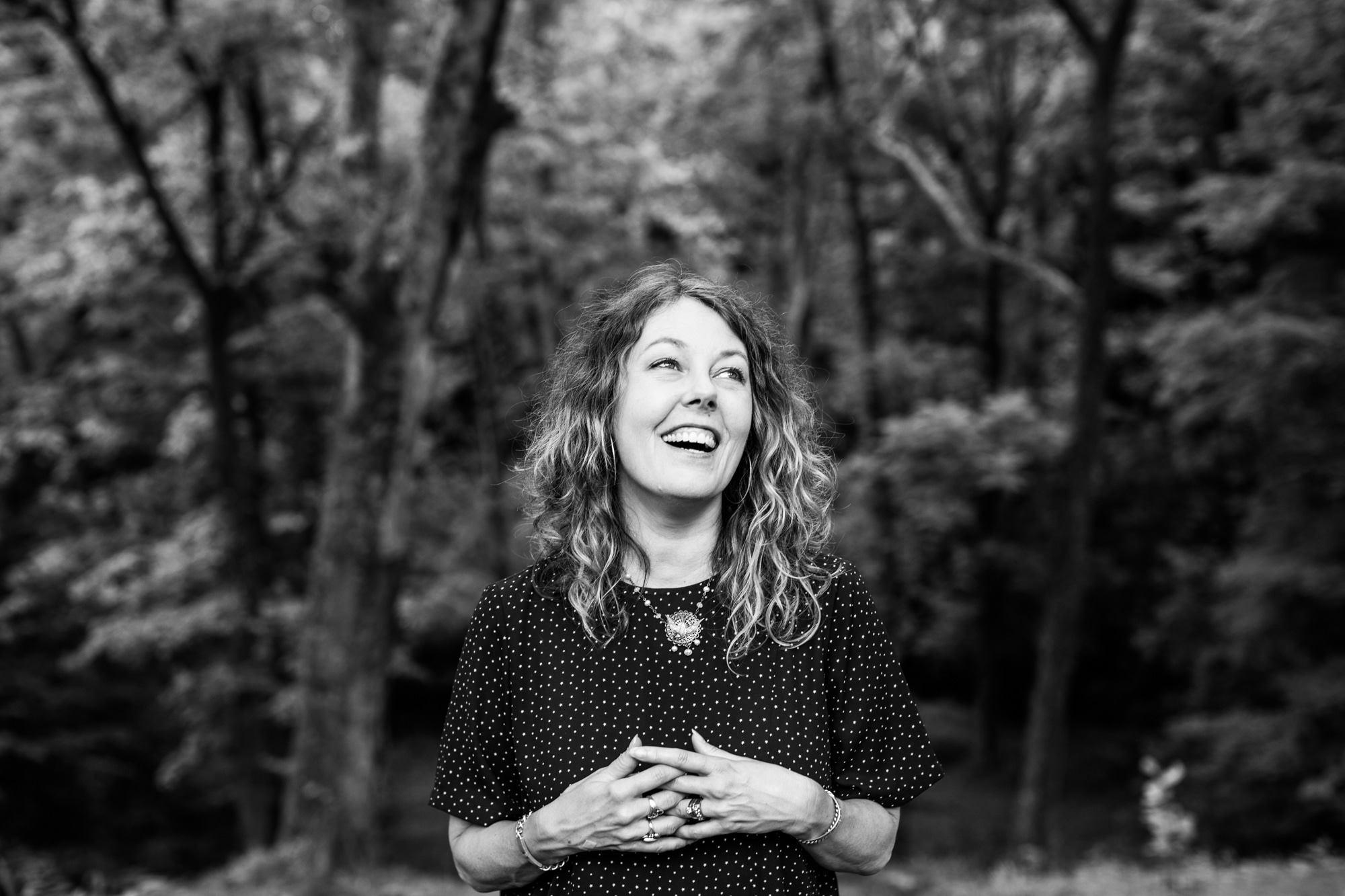 The following appeared in the NFCB November newsletter.

Heather Lose is a radio veteran with experience in commercial, college, and community radio. She got her start in the mid ’80s, co-hosting the local show at Rebel-100 Nashville under the tutelage of Program Director Bob Dearborn.

Many airchecks later, she held down airshifts at WVCP Gallatin, 88.5 FM; WRVU, 91.1 FM Nashville; WDBX 91.1 FM Carbondale; and Lightning 100 in Nashville. She was the founding music director and afternoon drivetime deejay at Thunder 94 in Nashville in the mid-’90s.

Most recently, Heather co-founded and was the founding President of the Board of WXNA Nashville, where she still hosts “Aging Hipster,” which airs on Tuesday nights from 5 to 7. Heather stepped down from the station’s Board of Directors in January 2018.

In her real life, Heather is Editor-in-Chief of The Tennessee Conservationist magazine. She and her husband John live in the Inglewood neighborhood of East Nashville, where they enjoy Heather’s home bartending skills, listening to owls, keeping deer out of their hostas, and keeping the damn gutters clean.

WXNA has become one of community radio’s most exciting stories, with awards, strong community support and more to its credit. Why has the station been such a success?

We’re fortunate to be in one of the most music-savvy cities on the planet, and we broadcast to people with adventurous ears. People are finally grokking that the music made in Music City isn’t just country—it never was! And beyond the artists and songwriters that we’re known for, Nashville is home to all the othertalented people who make music careers possible—the lawyers, stagehands, label geeks, etc. Their children are raised around it and form their own bands and all-age venues and house shows and fanzines. So there’s a rich vein of pretty sophisticated music lovers here. That doesn’t hurt.

With our block programming, hosted by enthusiastic, knowledgeable volunteers, we appeal to a wide spectrum of listeners, and we are filling gaps in what was already on the Nashville airwaves. When WRVU left the terrestrial dial, that created a vacuum—as did WMOT’s format change. People who want adventurous programming, or jazz, or any other genre can find at least one show on WXNA they’ll enjoy—and because our deejays are so dedicated to doing good radio, it’s likely they’ll keep listening and discovering a broader swath of shows they like.

Branding is super important, too. We spent HOURS picking the right call letters and getting the right logo nailed down. You’ve got to have a logo that looks great on a T-shirt. And then you’ve got to get all your social media right—find the station’s “voice,” and be ever-present with the right mix of content. Make every single person who helps your station feel appreciated, whether it’s a random caller or someone who gives you a $1000 pledge. All of this is part of your brand. Its importance cannot be overstated in building loyalty and creating an entity that other organizations want to partner with—especially here in the South, where thank you cards grease so many wheels.

What are some of the biggest obstacles you had to overcome, and how did you do it?

Whew. Building a radio from scratch has many obstacles! I think the constant grind is acquiring funding. We launched a successful Kickstarter campaign to get the seed money for the station, allowing us to go live on June 4, 2016. Since then, our pledge drives have been moderately successful, raising around $25,000 twice a year. Underwriting is currently $10 per message with a $300 contract minimum. We have a cushion, but any major catastrophe or FCC violation could be a problem—and that’s something I do lose sleep over.

We’ve had some technical issues, mostly attributable to Comcast, but I hesitate to go there because my blood pressure will skyrocket. All you can do when your station is down (except calling, calling, calling Comcast) is get the right messaging up onto Twitter and Facebook and Instagram as soon as possible, and cross your fingers that your listeners will check in later to see if you’re back. It’s a very helpless, crazy-making feeling.

Founder’s syndrome – the idea that people who start an organization maintain power and influence and stunt growth – has been something WXNA has seemingly avoided. How do you think founders should be engaging with the stations they found, especially a few years into its life cycle?

One of the things that helped us avoid Founder’s syndrome is the cruel fact that as we grew, running the station professionally became impossible for the initial seven-member board. As an all-volunteer station with no paid employees, the amount of work that had to be performed in addition to our “regular” life stuff became too much. We had to start delegating after about a year of operations, offloading tasks to volunteers. This empowered them and led to more cooks in the kitchen.

Out of the seven who built the station, two of us have left the board. When I left, I thought long and hard about what the station needed, because Laura Powers (the other co-founder who stepped down) and I were responsible for underwriting, fundraising, events, social media—most of the outward-facing tasks. I handpicked two volunteers to step onto the board, who have real-world radio experience and who I felt had the business chops to keep those crucial operations flowing smoothly. Luckily, the remaining board members voted “aye.” And now Laurel Creech and Leslie Hermsdorfer are in there swinging for the fences and doing a great job.

So thoughtful succession is key.

I can only speak for myself here, because some of my co-founders may disagree, but I also believe a community station is best served if long-timers step down after a few years. Turnover ensures that nothing grows stagnant, and that power isn’t hoarded. Founders who won’t step down can cluster, becoming overly protective of one another and their roles. We are seeing the results of this at one of my alma maters, WDBX Carbondale. From the outside looking in, it seems that there is some solidification that has been divisive for the station. Some good people have been hurt. I am pulling for WDBX to keep on keepin’ on. It’s a beautiful, necessary radio station.

Former leaders can be valuable keepers of the flame—there to advise, encourage, and answer questions. We become living historical documents! Laura and I both still serve on the Fundraising Committee, and we are still as proud of, and committed to, WXNA as we have ever been. It’s kind of like being a grandparent instead of a parent, but not exactly. You’re still responsible and you still feel immense pride and love, but your whole life isn’t suffused 24/7.

What is the one community radio question you are still seeking answers to?

Grants. Where are they and how do we get them? And where are our angel donors and big corporate supporters? Nissan? Jack White? Where you at?

What tips could you offer other stations about the best ways to build a good volunteer culture?

I preach that the most important person at the station is ALWAYS your listener. Then the station as a whole is next in importance, your SHOW is after that, and you as the deejay is the least important of all. It’s hard for a lot of newbies to hear this, because their idea of success is Howard Stern or some other example of cult of personality, but I truly believe this hierarchy keeps everyone’s eyes on the top priorities, and keeps everyone working as a team instead of working for their own personal glory.

In any form of media, there are always going to be people who are in it to prop themselves up, and they are pretty easy to spot. If they bring something great to the airwaves, you can keep a close watch and trust that the 98% good eggs outweigh the 2% who are just in it for personal glory.

We build a lot of camaraderie at WXNA during pledge drives. We’ve instituted the tried-and-true pitch partner system, and everyone really digs coming in and being on the air with their colleagues. There’s a phone person there, too, so at times the studio feels more like a party than a radio station. We bring in food throughout the week and try to make it as fun as possible for everyone. You can tell the deejays are having fun when you listen, too—which helps us bring in those pledges!

We throw deejay mixers of various sorts (one of my favorite gatherings is for the women at WXNA—we call ourselves WXXNA) and each year we compete as a team in a local Field Day with other local businesses like Third Man and the Nashville Scene. It’s silly, fun team-building, and each year we’ve bought each deejay a commemorative T-shirt. We are all proud to sport our snazzy, limited-edition shirts around town.

Our deejays know that their responsibilities to WXNA don’t end the moment they close the mic after their weekly shift. Everyone has extra work to do for the cause, and you see deejays stepping up to help each other. One of the things I love most about community radio is how it forms these cool internal relationships that probably never would have happened in the real world. We enjoy, help, and support one another.

As a DJ, you’ve interviewed a lot of artists. What’s the funniest or weirdest question you’ve ever asked?

You know what? I don’t know, because I’m so “in the moment” during interviews and I’m an old-school radio geek. Once something’s done, it’s done—I don’t go back and listen to my own shows.

But one highlight for sure was arguing with Fred Schneider from the B-52s over how “bundt” is pronounced. I said it like it’s pronounced in “My Big Fat Greek Wedding”: “bun-dt.” Fred insists that it’s “boon-dt.” We went back and forth with this during the whole interview and cracked each other up. I was pinching myself, it was so surreal.

And what’s the funniest or weirdest answer you’ve ever gotten?

Wow, another question that’s hard to answer! Can I just say here that everyone alive needs to listen to Fantastic Negrito’s music, and if you’re in radio, host him on your show? He probably brought the best interview I’ve ever done. Made my job easy.

What aspects of your personality have served you best in community radio?

I want things to be right. I am a professional and I believe the big picture is comprised of the small details. I don’t crave approval—that’s a pitfall for people in management. You can’t apologize for policy that serves the overall good, even if it’s unpopular, and you’ll never please everybody when you have volunteers numbering at around 100. You gotta hang tough and realize that it’s about the listener and the station. As WXNA’s president, I always felt that my job included doing the stuff no one else wanted to do, so a mode of leadership rooted in responsibility and caring for my co-founders’ comfort helped me help WXNA.

What is your favorite community radio memory?

The day we launched WXNA will always be one of my most joyous memories.

If you could go back and give advice to yourself, at what point would you go back, and what would you say?

My father died unexpectedly last year. I took a month off but in hindsight, it wasn’t enough time. I was drowning in heartbreak, trying to shoulder life’s responsibilities plus my share of the work at WXNA. I was spread way too thin, and my temper flared up a couple of times. I regret this, and wish I had allowed my WXNA family to take care of things for a little while longer while I got my wheels back under me.