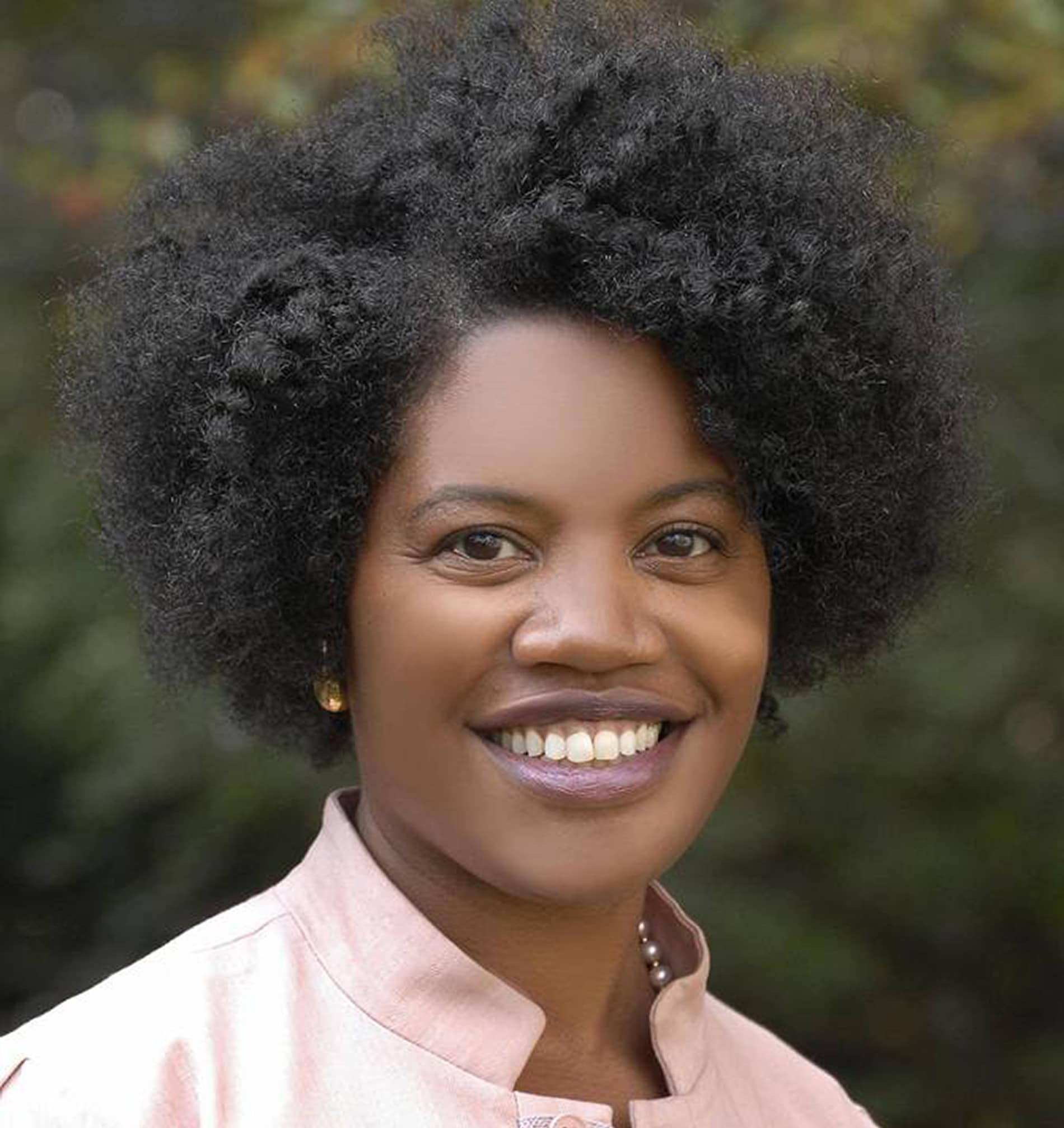 This profile appeared in the December NFCB newsletter. You can subscribe here:

Sonya Green is an award-winning journalist, public speaker and media educator. She has more than 20 years of broadcast experience in public and commercial media. The end of this month concludes Sonya Green’s tenure as NFCB board member and president. Over those six years, Sonya helped NFCB through many initiatives. On the personal front, she went from member station KBCS across the country to pursue work and study at Mercer University. Today, she is executive director of Making Contact, the nationally syndicated investigative radio newsweekly.

2013 was the year you were at KBCS and first elected to the NFCB board. What’s the journey been for you?

My journey with NFCB has been phenomenal. I have grown as a person, leader, and journalist. NFCB is the first board that I had the pleasure of serving on. I was completely new and a bit intimidated by the idea but being elected gave me the confidence that others thought I could do it so I got involved. When I joined the board, NFCB was in transition. The future was uncertain but Sally had a vision for where she wanted to take NFCB. And for those who know Sally, she is inspiring. It was easy to fully support her vision and as a board member do whatever I could to assist her. For me, a part of that was stepping up to become board president in 2014. Since then I have never looked back. I am proud to have served the organization for several years. I have gained just as much from the organization as I hoped it has gained from me.

Is there anything that you miss from working at a station?

I do! I miss being live on the radio regularly. I miss engaging with guests and callers. One of the shows I hosted, Voices of Diversity, was a call-in show. We would talk about a topic for an hour, with the last 30 minutes having people call and share their thoughts. I always left feeling so energized by listening to other people’s stories, by encouraging other people to get into a conversation, wrestling with tough topics around race and gender; immigration; transracial adoptees; and so much. I also miss being in the community and talking with people at live events that I am hosting, moderating, or participating in as a panelist.

Given how homogeneous station leadership was back then and still is to a large degree, what were your challenges in navigating identity in terms of content, as well as for yourself professionally?

As much as I grew professionally at KBCS, I also experienced a lot of deep sadness around the state of public discourse. I was the only person of color on the leadership team at KBCS. And, I will always say that I had a supportive team at KBCS. But even within that, no one had to face the challenges I had to face as the news director, because I was presiding over the part of the radio format that people pay attention to. If someone’s going to have a problem, it’s not because someone played a song. It’s because they heard something that they didn’t like, and that generally had to do with the journalism or the community storytelling.

I always tell people I’m from North Carolina. I know what racism looks like, very overtly. KBCS is located in Seattle, Washington. In the Pacific Northwest, people pride themselves on their ability to be allies. And while that is true, and I certainly appreciated it, it makes it that much harder when people have blind spots about race. So, when you’re trying to have conversations about race with people who feel they already heard it, get it, and know it, when you’re trying to correct them; or when you’re trying to even just share your experience as a Black woman or person of color in that space, it actually becomes challenging for those people who think they already get it. I found that to be far worse than someone being overtly racist to me. And that might sound backwards to some people, but it is really challenging when you’re a Black woman using your power in ways that are collaborative, and someone has decided that they already get it, and they don’t need to collaborate, share or concede power, if necessary.  I felt like I was constantly being questioned and there was constant pushback.

I’ll give one example. I did an interview with Robyn D’Angelo, the author of White Fragility. We discussed an example of white fragility. And literally, no sooner than the interview aired, I got calls from listeners who disagreed with the example that was used and D’Angelo’s take, thus proving D’Angelo’s point about white fragility.  The problem was she did not center whiteness in her example as the measure by which we should all see the world. And it was just a constant reminder that this is the challenge, when you can’t even just hit the pause button to also see how you might be complicit in practice and approaches that always center whiteness.

Any time I centered Blackness or a point of view from other persons of color, I would definitely hear from some listeners who felt offended by that. And they weren’t really offended, because it was something that was being said that was untrue, or didn’t have any validity. It was just the idea that they were not centered in the conversation in ways that they were used to being centered.

Any pro tips for Black people or other people of color in community radio for navigating these issues?

Take care of yourself. Everything and everyone is not worth your time and energy. Decide  where you want your time and energy to go. Also, do not take on the emotional labor of educating white folks, unless it is in your job description or you are being compensated for the additional work, I caution you to take it on. Undoing white supremacy is not the job of people of color. It doesn’t mean people of color should not be involved in the efforts but you should not be responsible for leading the change, especially if you are the only person of color on your team. Lastly, there are so many resources and safe spaces available to you. Find colleagues and seek out mentors for advice, support, and to network.

If you could go back to yourself in 2009, what guidance would you give today?

From Washington State, you moved to Georgia. What has that experience been like? And has it informed anything for you about the country?

The experience has been great. There are many things I loved about living in the Pacific Northwest. There are equally many things I love about living in the South. I am from North Carolina. In a way, moving to Georgia has been like coming home. Living in Macon is similar to living in Seattle in that they are both progressive cities. But you experience it differently. If anything it has shown me that this country has a long way to go towards social and racial equity. Being described as a progressive city does not erase the reality of people’s lived experiences, especially those of Black, Indigenous, Latino, Asian and other people of color. Systemic racism is built into institutions and systems. There is no getting around that.

How did you come to decide the role you’re in right now is the right one for you?

At KBCS, I got to know Making Contact. It felt to me like the intention around whose voices were centered in those stories was an important element of journalism. As a journalist, I fought back against the idea of objectivity and who gets to tell the story, who’s in the story, who’s not in the story, all of those elements. One of the things that I really appreciated about Making Contact was the elements of storytelling were very much centered on the people closest to the problem. Because I mean, if we don’t know anything else, we know that the people closest to the problem are generally the people closest to the solution. From my experience as the NFCB board president, it felt like a natural next step. I’d also just graduated with my Masters of Science in Organizational Leadership from Mercer University. And so it happened.

Speaking of your board leadership, you were president of this board through quite a period for the organization. How would you sum that up?

Resilience. From why it was founded to who it was founded for. Before everybody else got on this DEI train, we were already talking about diversity, equity and inclusion in 2013 and 2014, when it wasn’t fashionable. We talked about why it was important to all of us as a value that the organization reflect that, and not only reflect it, but actually bake it into decision-making, what our conferences look like, who we invite, and the work. I could see people’s minds shifting and changing, and you could see people processing this information, and processing it for how to take this back to my station. How do I incorporate this? How do I talk about the Circle of Engagement? So, to me, it’s resilience, because when we took the organization, it was not for the organization to survive and thrive. Because of Sally Kane’s leadership and because of who she is, as a person and her values, she saw something different.

And finally, what can people expect in 2021 for Making Contact?

I have three big parts of my vision. One is I want to create a Southern Reporting Fellows Program. As we can see, as the South goes, so goes the nation, and that is what’s happening. It’s no accident that democracy is falling on the hands of the South to really push up and hold up. There are a lot of stories and what the nation should be thinking about and talking about is happening right here. I want to create a Southern Reporting Fellows Program, so that we can have more reporting coming from the South, and also more engagement. The second part of my vision extends into the collaborative partnership branch. We have 151 stations carrying Making Contact, and I want to create partnerships with news directors at the stations that we air on, to see if there are opportunities for us to also have contributors coming from those stations on a regular basis. And the last part of my vision is about capacity building for organizational sustainability. For me, capacity building really does kind of fall into two categories, people investments, which I’ve talked a little bit about with the fellowship program, but other people investments are just development directors, a new website, a digital manager and editor. They’re all things that I want to be able to staff in the next few years so that we can really expand our reach. We have a strong reach right now. It can only get stronger. Part of what we will also be able to do hopefully, is expand our podcast offerings as well. So, lots of expansion and outreach that I hope to be able to usher in in the next few years. And yes, write the next chapter for Making Contact.