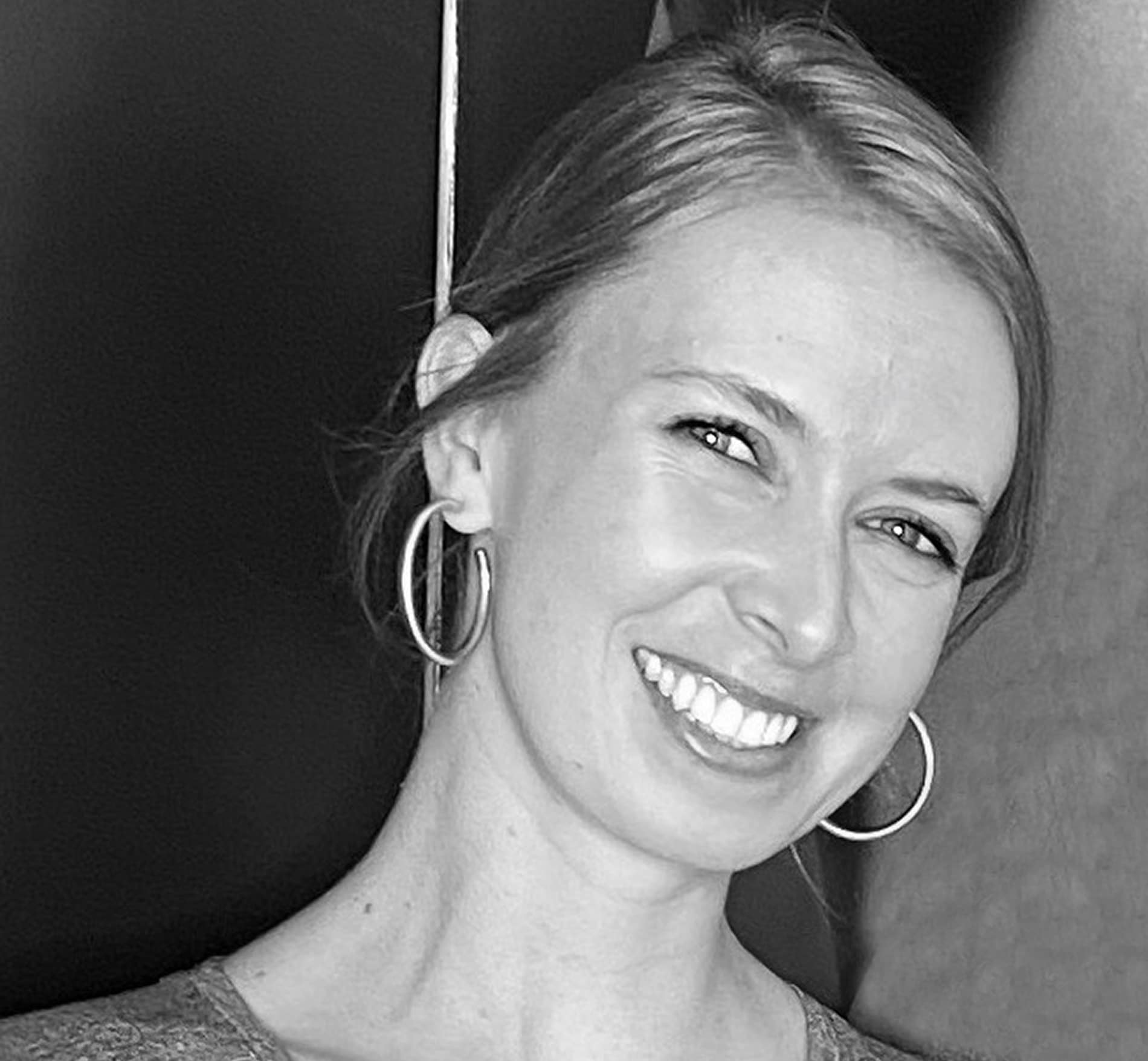 How did you happen to get into community radio?
My house growing up was full of weird jazz and foreign movies, so I needed to escape! As a kid I listened to Top-40 through a scratchy radio in my room. I got curious about the behind-the-scenes side of radio after listening to the Bay Area AM station KABL. I loved the old-school DJs and Frank Sinatra songs. But most of all, I loved the ads… the cheesy, dramatic ads for diamonds and wound care centers. I was hooked. I started at KWMR as a volunteer after college, and 8+ years later, I’m here full-time. Now I work at a place that… plays weird jazz and discusses foreign movies.

What memory exemplifies community radio to you?
My favorite memories are in the station lobby, watching different DJs bump into each other. One of our DJs decorates the station for Halloween every year. Once, another DJ was eating a cinnamon roll, super slowly, and I watched as he mistook a Halloween decoration for a real mummy. He and the decoration had this hypnotic staring contest that I’ll never forget. There are a couple of bizarre moments here every day.

Is there anything you have learned about yourself during your time in community radio?
That’s tough… but I can think of something I’ve learned about people in general! That everyone has a passion, and a lot of times they’ve never been asked about it. I love asking people that I meet “what kind of show would you host, if you were on the radio?” Their eyes light up. They usually know quickly what it would be. I like how radio allows people to go deep, into whatever they love, and make it public.

Who and what keeps your motivated when the days get long?
This community. I believe in, and love, this station. I see the joy, connection, meaning, and safety (disaster info) that KWMR brings to listeners and to the people involved. I think we are doing a good thing.

Your work is primarily in development, an area many people are uncomfortable with because it deals with money. How would you encourage community radio folks to be more relaxed about this topic?
I would say… don’t feel guilty. People can always say no. You won’t ruin the relationship by asking. Also, specific tip – when I’m emailing someone, I like to ask for the money, cheese, raffle prize etc. first… and then say the nice pleasantry (Happy Holidays, hope you’re well, etc.) I think it’s a more graceful sequence. No surprises. Less sleazy feeling.

What’s your favorite part of your job?
Two pretty different things. One, meeting interesting people. Two, honing our pledge donation form to an exact science over the years. That form is my baby.

You are also a program host at the station. What tips would you give new hosts and those community radio volunteers thinking about taking the leap behind the microphone?
It sounds corny, but believe in yourself. Before you go into the studio, say – I have prepared as much as I’ve prepared. No more time for that now. From here, it’s all improv. If you believe in yourself as an improvisor, then whatever happens in there, is going to be ok.

How would you change community radio, if you could tweak one little thing?
I was going to say more federal funding, but that’s not little, so I’ll say… I wish that the National Weather Service didn’t type their alerts in all caps.

Want to nominate yourself or a colleague for a profile? Email us.