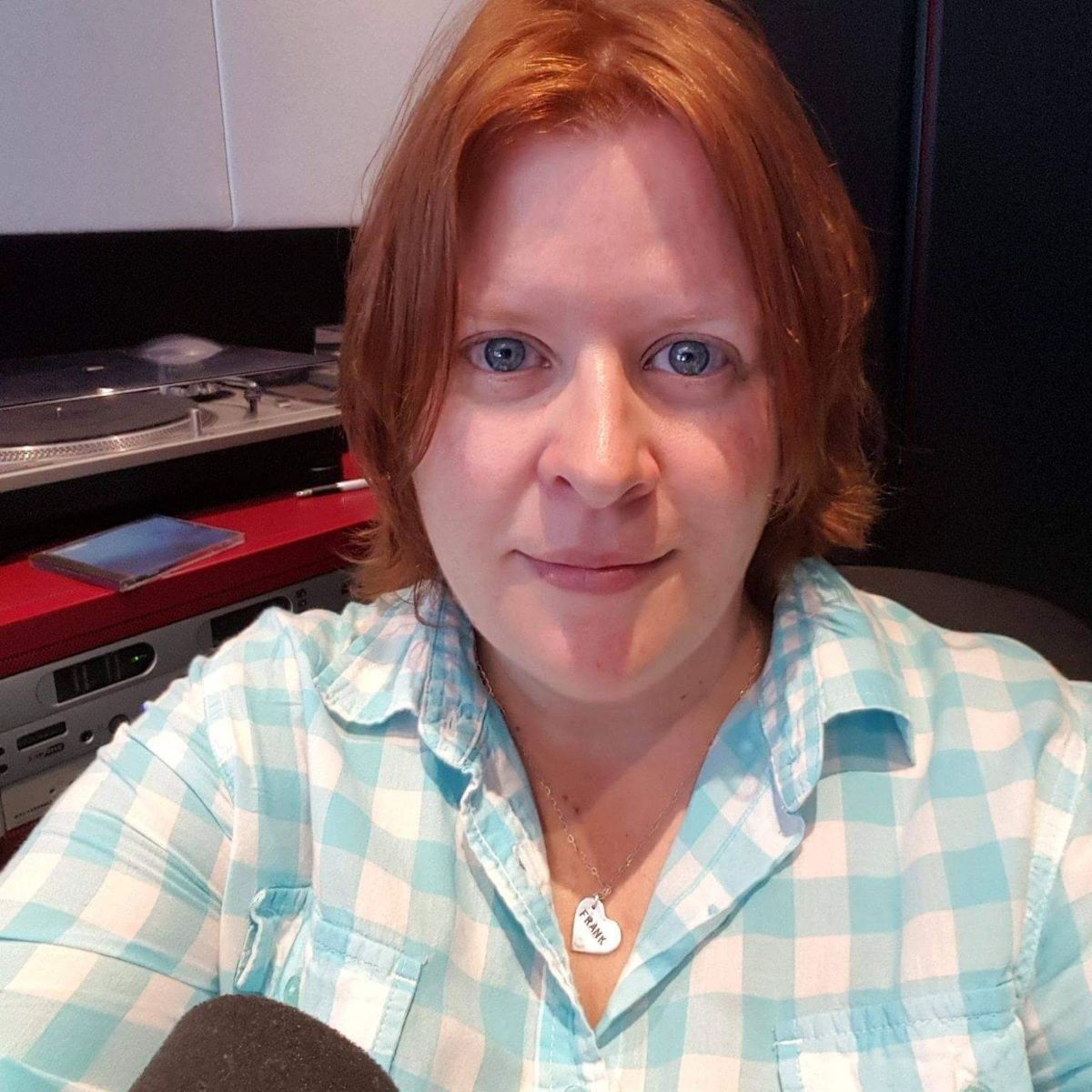 Lauree McArdle joined Arlington Independent Media (AIM) in August 2004. Her promotion to Director of Operations includes the primary functions of coordinating the scheduling of the facility and staff as well as overall operations. Lauree has also been a major driving force behind WERA 96.7 FM, Radio Arlington.

She graduated from Stockton University with a BA in Communications. Previous experience includes Montgomery Community Media, Sesame Street, Nickelodeon and WLFR, the radio station of Stockton University.  Lauree spends as much time as possible supporting independent music through her weekly radio show, Spin Cycle, every Tuesday morning on WERA.

How did you get into community media?

It was my nearly insatiable lifelong love of music that brought me my first experience with community media. It was in the early 1990s at my college radio station at Stockton University in Pomona, NJ at WLFR-Lake Fred Radio 91.7 FM. It truly was like finding the “mother ship” of my people! I was a painfully shy introvert who “just wanted to work behind the scenes” until I was bursting to share all my favorite music!  A full power station in the pine barrens of southern New Jersey, WLFR was and still is a mostly freeform noncommercial radio station. I’m pleased to say WLFR is celebrating 35 years on air this year! I started as an intern DJ and eventually had my own radio show. I was then asked to be Business Manager and eventually became the General Manager. At the time, I was only the 3rd female GM of the station. Since that time, I’ve worked with Montgomery Community Media before joining Arlington Independent Media (AIM) in 2004. I started at AIM as the Programming Coordinator, scheduling programs on our public access television station and worked my way up to Director of Operations. In late 2011, when I learned of the possibility of a new LPFM window opening up in urban areas, I immediately signed up on the Prometheus Radio Project email list to stay informed of what was happening. While there were certainly many highs and lows of the process, from early 2012 until WERA launched in December 2015, I was determined to find a way for LPFM to happen in Arlington.

What skills have been most helpful to you in your work at Arlington Independent Media?

I feel the managerial and people skills I learned between my time directing a rotating group of volunteers at WLFR and my time as a manager for a major retail café, music and bookstore are highly beneficial to my work. I learned how to adapt to a variety of personalities and match employees and volunteers to their skill assets in order to keep a harmonious workspace. I continue to utilize those skills every day! I believe my organizational management and communication skills truly play a large role as well. Volunteers and employees feel empowered and engaged when they have information and are part of the process. I’m skilled at being able to put myself in another’s perspective and utilize that as often as possible. I feel I’m especially talented at assessing a given situation by looking and listening before speaking.

What have you learned about yourself that you didn’t know before getting into community radio?

I’ve learned I’m much more of a people person than I realized! While it might appear that I’m quiet, I’m often absorbing the environment and being present in the moment. Before I joined WLFR, I never would have thought that I’d be leading meetings and running a radio station, let alone be on the air! The biggest lesson I’ve learned is that you can overcome many fears if you are truly passionate about something!

WERA was recently successful in appealing to city leaders and other key stakeholders for funding. How did WERA and its supporters make the case for the value of your organization to the community?

Arlington Independent Media (AIM) started as the public access television station in Arlington, VA in 1982. We’ve long had a dedicated group of volunteers who create the content you see and hear in our media outlets. Over the years, we’ve developed strong ties to our community and other non-profit organizations within Arlington. The appeal to the Arlington County Board was truly driven by our member volunteers who are extremely passionate about their own work as well as the work of the entire organization. We reached out to the many people we’ve served over the years and asked them to speak for us. We showed up in numbers at as many open meetings and sessions and let our members tell their stories. Many of our County Board members have appeared on AIM-TV or on WERA programs, so they are all quite familiar with the work we do! In addition, WERA is a project of Arlington Independent Media and we have an agreement in place with the Arlington County Public Safety and Emergency Management Office to help distribute messaging for awareness as well as in times of emergency. While our appeal was successful, our funding model is rapidly evolving so we must continue to be vigilant and creative in generating revenue to sustain ourselves well into the future!

Your organization’s model is a little different than others in that you do not depend solely on pledge drives to make your budget, but also host fee-based classes and other methods to generate revenue. Are there any tips you could share with stations looking to diversify their incomes?

As I mentioned, Arlington Independent Media began as a public access television station and continues to evolve as media evolves. Our mission “is to promote and facilitate free speech by providing access to established and emerging media.” The main way we’ve accomplished that for decades is by teaching people how to make media. Initially that was television, but we are so much more now! One of our most successful areas in instruction is in our youth programs. I recommend finding ways to bring younger generations in to learn about what you do. It’s best to start small and build from there. We’ve benefitted from partnering with other local organizations to diversify our offerings. For example, if your station doesn’t have space to hold workshops or similar activities, I’m sure there’s a way to partner with others who have space, like a local library.

Multiple sources of revenue are crucial to success and I believe adopting new technologies and ways for the community to support you is very important. AIM is relatively new to the pledge drive model, so we continue to incorporate that into our fundraising activities.

In addition to working at WERA, you’re also a broadcast volunteer. What is your favorite memory as a DJ?

I don’t think I could pick just one, but I’ll do my best to keep it brief. In 2017, musician Steve Wynn (The Dream Syndicate, The Baseball Project, The Minus 5, & solo artist) was visiting radio stations in the DC area to promote the new album from Theo-rell Dream Syndicate. He stopped by WERA to be live on my radio show, Spin Cycle. I was a little nervous, as I’ve enjoyed his music since my college days, but I had never met him. As I did my research in advance of the show, I realized he’s just as much of a fan of music, if not more, than I am! The hour we spent on air chatting about the album and music in general, went by fast! I later learned that he visited my show and another at Sirius XM and then went back to New York!

If I were to share a memory from WLFR, it would be the time we created our own version of the “War of the Worlds.” A whole bunch of us gathered into the small production studio to record live to tape (reel-to-reel back then!) a Stockton/WLFR radio drama scripted by a DJ. It was really fun to do, and I wish we had a recording of it preserved. I have a copy of the script somewhere!

What would today-you tell first-day you about community media?

You’re stronger and smarter than you allow yourself to believe! Don’t be afraid to take chances, speak up and try new things. It’s ok to be aggressive, in a positive and constructive way, if you truly believe your ideas are beneficial to the greater good of the station. Always ask! If you don’t ask, you won’t know and the worst that happens is the answer is no.

I’d also tell first-day me: “You have no idea the journey your love of music will take you! Make sure you enjoy it whenever possible!”