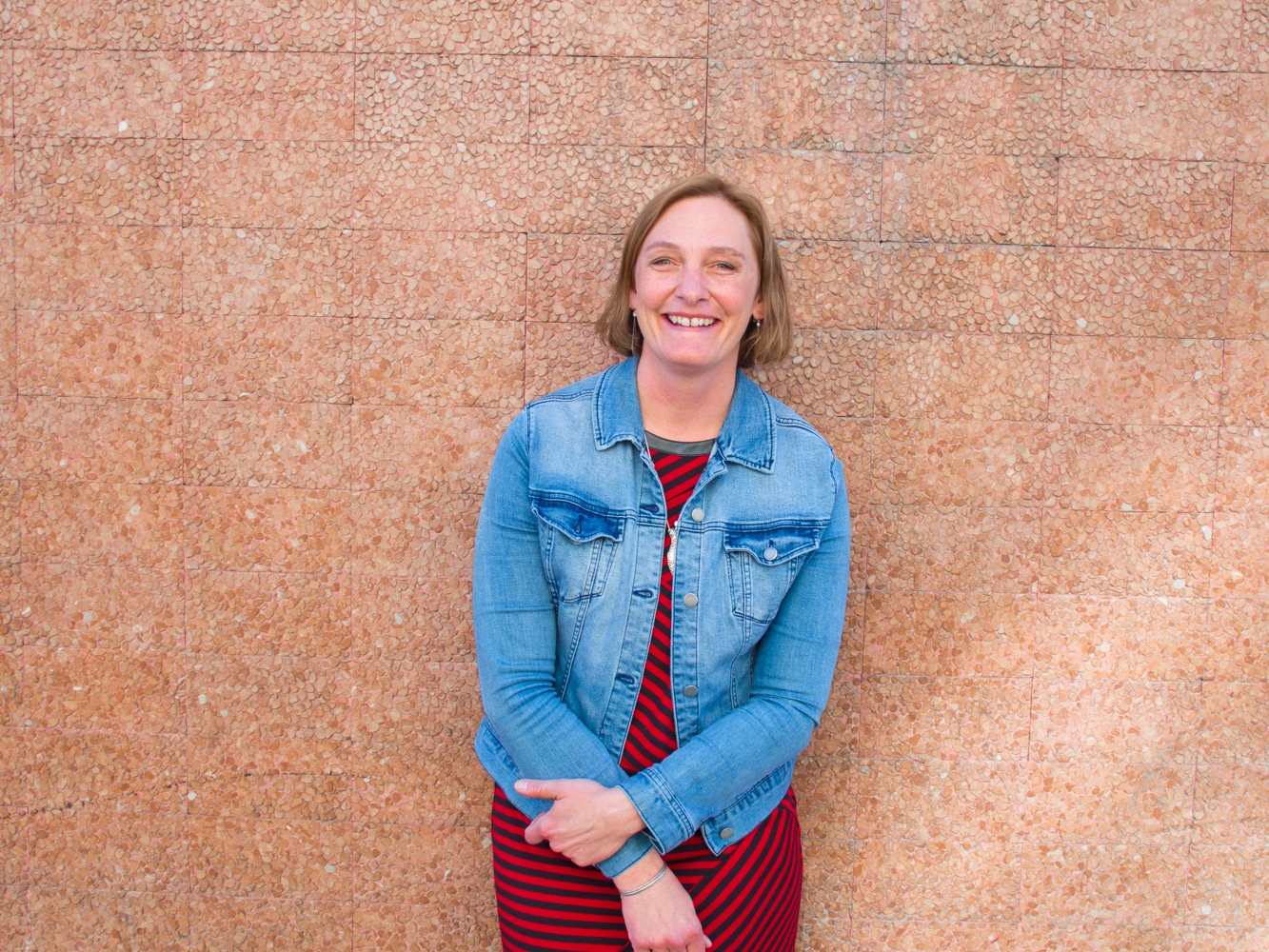 Jessica Evett is the General Manager of KRBX (Radio Boise). Jessica grew up in Boise, graduated from Boise High School, and earned a bachelor’s degree in Psychology and Creative Writing from the College of Idaho. She eventually went on to the University of Denver, where she earned a master’s degree in Mass Communications and Public Relations. The lure of Idaho and the opportunity to be a part of KRBX led her back home in 2015.

First of all, tell us a little about your background and how you got to where you are today.

I like to joke that I grew up in the largest metro area in the country without a community radio station, which is true but really not all that amusing because it was a giant gaping hole for many years. If I could describe Boise during the 80s and 90s I’d say it was the cultural equivalent of those older motels still proudly boasting about color TV on their signs several decades after the technology was developed. It’s a five-hour drive from Boise to Portland and Salt Lake City, we got our first oxygen bar five years after the trend had peaked, and many bands used to just keep going. So I left when I could but the fact that I eventually wanted to return is a common narrative around here. I credit two years of Americorps service with the Montana Conservation Corps with getting me hooked on swinging heavy tools with other people in the middle of nowhere, and with providing a professional experience that emphasized effective conflict resolution instead of just avoiding open communication. I have a strong aversion to aversion as a result and that’s served me well.

Prior to joining the Radio Boise team in April of 2015, I worked with federal agencies and nonprofits for 15 years, spending several seasons as a wilderness ranger before transitioning into volunteer coordination, fundraising and nonprofit administration for several community-based environmental stewardship organizations in Colorado. I saw the job posting for Radio Boise’s General Manager position when I was still living in Colorado, and went from not knowing much about the station or its history to being a total convert. I still count this as a dream job after five years.

What about your city makes it so good for community radio?

Well, to return to that color TV metaphor… Those of us who remember when Boise and the Treasure Valley were several years behind the rest of the world when it comes to positive changes in regards to social justice or the arts don’t take KRBX for granted. It took an obscene amount of vision and fortitude on the part of our founding GM Jeff Abrams and many others to move from the idea of the station in 2002 to getting a full-power community station on the air in 2011. I think the station defies expectations because there was no status quo to gravitate toward, and we take our independence and sense of discovery really seriously. KRBX does a pretty excellent job of reflecting the community we want to be, and our sound has evolved along with our independent music scene and rapidly shifting demographics. I think it’s fair to say that our culture at the station is one that pushes each other to continually exceed expectations. Ultimately, the area needs more independent noncommercial stations and decent commercial options on the dial. There are so many excellent radio stations outside of our little bubble here, and the fact that we’ve managed to create one that holds its own in the broader landscape of community broadcasting speaks to why it’s important to fight for access to the airwaves even when a particular city doesn’t realize what it might be missing.

When I first got this job, several people kept asking me what big changes I had planned, which always seems to be what people ask when a founding leader transitions out. My stock response was always “this is a great place and my goal is to not f—it up.” I don’t like to assume much, if anything, before I’ve spent some time in a leadership role. One of the key mistakes leaders at any nonprofit can make is to come in with some big agenda for change just because there’s some weird expectation that you’re supposed to do that even if the organization has a community of independent, creative people already in place. Respecting the potential of every person and sharing leadership is what leads to the right kind of long-term, forward momentum and a true shared sense of mission. That being said, I assumed I’d feel more competent five years into this but there is so much to learn. I don’t have the deep personal history with community radio that other leaders at stations around the country benefit from, and I sometimes feel like I’d be more effective in my role if I’d had those earlier formative experiences.

If you had a theme song for your time as a manager, what would it be?

Oh man, just one? Let’s go with “Five Years.” For more reasons than one, for sure.

How do you keep track of what you have to do?

I try to surround myself with talented, competent, passionate people who are more organized than I am, stay out of their way, and try to focus on securing the resources we need to do our jobs more effectively. If I were to list an area that I need to improve upon, it’s adjusting to how to check in with my coworkers more effectively now that COVID-19 has limited the amount of time we can communicate face to face. Also, Slack.

What’s your favorite side project?

The visual arts. I was obsessed with sculpture and mixed media projects growing up but largely dropped it when I got into my mid-20s. I’ve been pretty prolific over the last couple of years but it’s definitely a side project in the right sense of the word. It scratches a weird itch and I fully expect that it’s just going to end up in a bunch of random works stored in our garage.

What are you currently reading, or what do you recommend?

Currently reading Joy Harjo’s Conflict Resolution for Holy Beings, Vu Le’s Nonprofit AF blog, the Brothers Karamazov, and any anti-racist and intersectional resources that help inform my work as an individual and within my role here at the station.

Complete this sentence and say why: ____ is the story of my life.

Reexamining preconceived notions is the story of my life. Because I think people actually do want to be free and that’s the only way we’re going to get there.