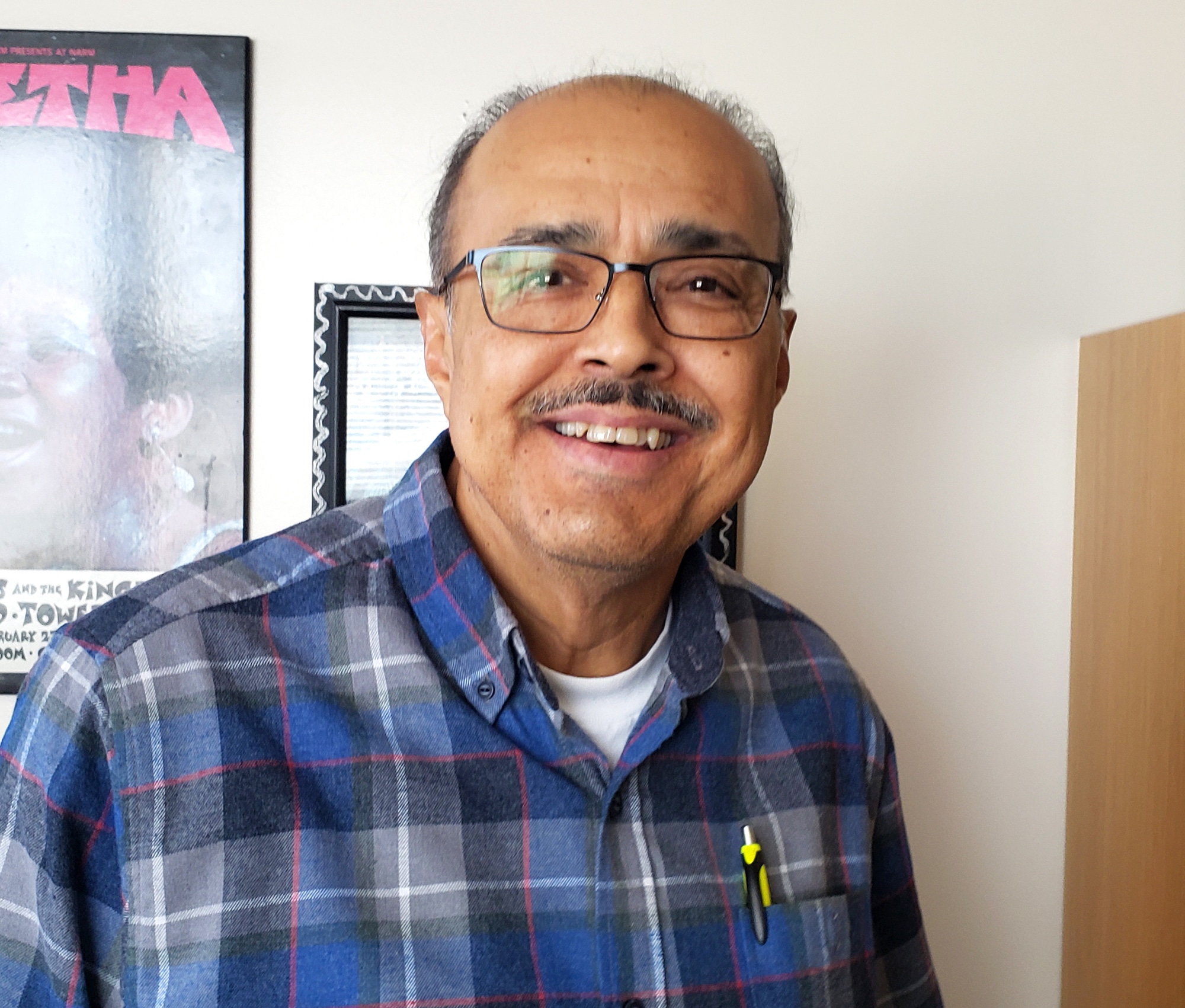 The following appeared in NFCB’s monthly newsletter. Sign up here:

Carlos Lando’s involvement in radio dates back more than 50 years. While still in high school, he began an internship maintaining the music library at the local radio station. His first night on the air was January 13, 1968, on the Armed Forces Caribbean Network in Puerto Rico. By 1969, he was working for WABA “La Grande,” one of the top AM commercial radio stations on the island. In 1970, Carlos was the weeknight host on WOUR in Utica, NY, one of the first FM “underground rock” stations in the country.

Carlos moved back to Puerto Rico in the mid-’70s, where he produced and hosted a new show on WZAR called “Jazz Where It’s Been and Where It’s At.” During this time, he met and interviewed many jazz greats, including Count Basie, Betty Carter, ,and Dexter Gordon.

Carlos moved to Denver in 1980, where he spent five years as Music and Program Director and mid-day host at the nationally recognized soul music station KDKO. After working a year for KBCO in Boulder, Carlos joined KUVO in 1987. As Program Director, he helped establish KUVO as one of the most respected community-based jazz stations in the country. In 2005 and 2006 KUVO was named the major market “Jazz Station of the Year” by Jazz Week. Carlos became the President and General Manager of KUVO in 2012, and he remains committed to airing culturally diverse programs with significant appeal to people in the Latino and African American communities.

How do you describe KUVO to a stranger who asks you about the station?

It’s unlike any other Jazz station in this country, we are just more diverse because of a global perspective on the music we present, it’s rhythmically exciting!

What first drew you to the station?

The music and the fact that it was a community licensed station with the potential to bring an ethnically diverse community of music listeners together.

What does KUVO do that you brag about most?

Encourage listening, learning about music and how to support it.

The station recently took the leap into the Urban Alternative format. What did you learn about your audience as well as new listeners from this experience?

The first thing I learned was young people still listen to radio, they also enjoy having access to multiple platforms in order to access the content wherever they’re at.

In terms of the listeners, we have a lot to learn. The Urban-Alt format is new to public radio, and in order to broaden our appeal we need to understand the core values of these younger listeners. It’s not just about the music, it’s what we say and how we say it.

As someone who’s been in the programming mix as long as you have, what advice would you give others to avoid burnout?

You have to remember why you’re there and who you serve. I draw strength from people in our community, just when you might feel tired or underappreciated, somebody tells you how much they appreciate the station and the difference it makes in their life.

Professionally, you must always stay up with the latest trends and ideas but as a Program Director, you have to turn the radio off every once in a while. When you’re listening, you’re working!

Why does community radio still matter in a quickly changing city like Denver?

It matters because if you have lived here awhile you have a sense of belonging, this is where I’m from. Listening to KUVO makes you feel like you are a part growing vibrant community and you want recent arrivals to feel the same.

What tool is of most use to you in your day-to-day work?

How does KUVO strike the balance between preserving its legacy while being inclusive of the next generation?

Trying to figure that out, I’m still learning. I know you strive to stay relevant and at the same time continue to evolve and embrace new ideas that appeal to the next generation.