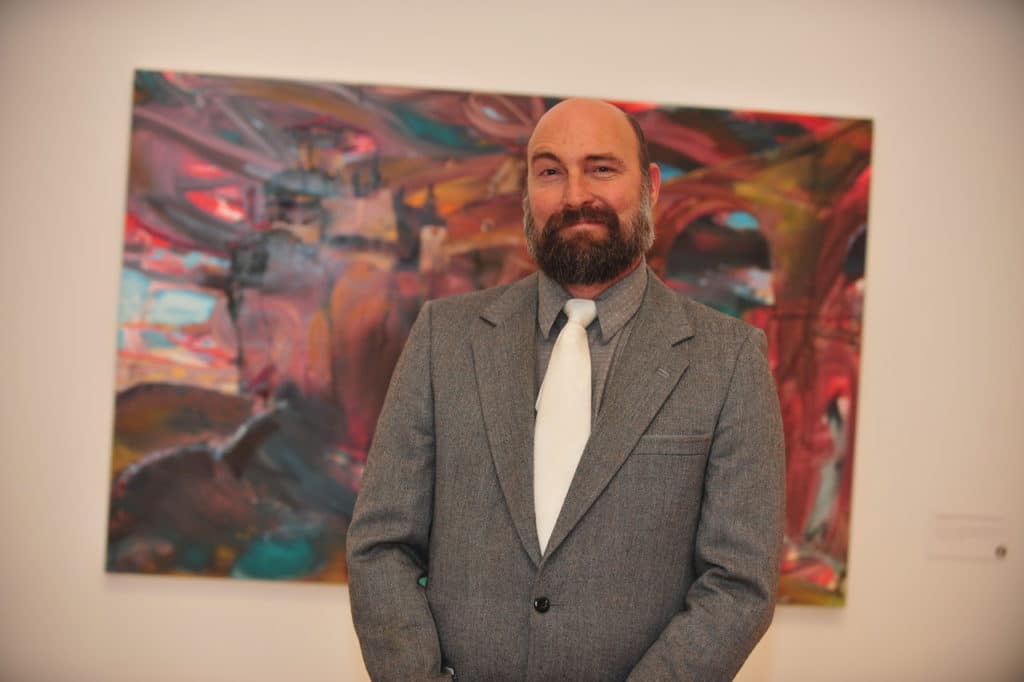 Bill Sundahl joined KKFI in 2014 as Events & Volunteer Coordinator. He became KKFI’s Development Director in 2017. Prior to that, he produced Kansas City music events. He is also a working musician, playing bass and singing in the Starhaven Rounders. Bill completed the Fundraising Leadership Series at Midwest Center for Nonprofit Leadership in the UMKC Henry W. Bloch School of Management and is working to expand the fundraising capacity of KKFI.

How did you come to KKFI?
My relationship began, in the early 2000’s, as an aspiring musician who needed an outlet to play my music and a place to share when our concerts were happening. KKFI was the first station to play my music and was also the most welcoming of an unsigned artist and promoter. In 2014, I was hired as Events and Volunteer Coordinator and in 2017 transitioned to Development Director.

What about your city makes it so good for community radio?
KC is hyperlocal, which creates so many opportunities for community radio to fit into the fabric of our city. Artists, activists, makers, community organizations, nonprofits, small businesses, government, and everything in between. KKFI is for, and by, the people. In a town like KC, we will always have a place.

Are there things you assumed would be part of your role, but turned out differently?
Good one. Yes, everyone in community radio has to wear a lot of hats. A good example in my case is that I talked and talked about how we needed to update our website, so eventually the board decided to do it and I became the point person to revamp and update our site. I knew enough about web design to get the proposal through before this, and now I know enough to be actually dangerous to our site. NOTE: Always make major updates in a development environment!

What is one thing about community radio that you have found no one outside of it understands?
I feel like some people may get it, but what surprised me the most is how it really is a family. I mean that in the truest sense of the word. I know calling it ‘Family Radio’ would not work in a marketing sense, but that is a far better description.

To dig into that deeper, I mean that everyone is so in love with this idea of unfiltered media that we are all willing to put up with so much to make it happen. There is no way I would have tolerated some of the things I have seen and heard at any other job I have ever had. If you are reading an NFCB newsletter, you know what I mean.

I will continue to learn tolerance from KKFI because it is the family I choose.

What problem at KKFI are you still trying to solve?
Our mission is clear that we are to serve the underserved. For me it is the access to the airwaves. We work hard every day to make sure there are as few barriers as possible to getting the voices, ideas and art through the transmitter. We know that many important messages are on the cutting room floor, so we prefer not to have one.

What’s your favorite side project?
Performing. I love playing music for people. Although recently that has not been happening and I am completely bummed about it. I am missing a lot of things in 2020, but watching people dance and sing along to the music we make is way up there on the list.

What are your hopes for the new year?
That people can actually move past the division and vitriol that is plaguing this nation. I realize there is an actual plague too, but I truly hope that we as humans can begin to forgive ourselves for the things we have done and said in the past. White people have the most work to do, and of course, the most to gain from doing nothing. The racial and economic division sewn purposefully in American, since its founding, will not go away simply with time. I am not delusional enough to think that 2021 will be anything more than a step on the path, but I look forward to walking in that direction.