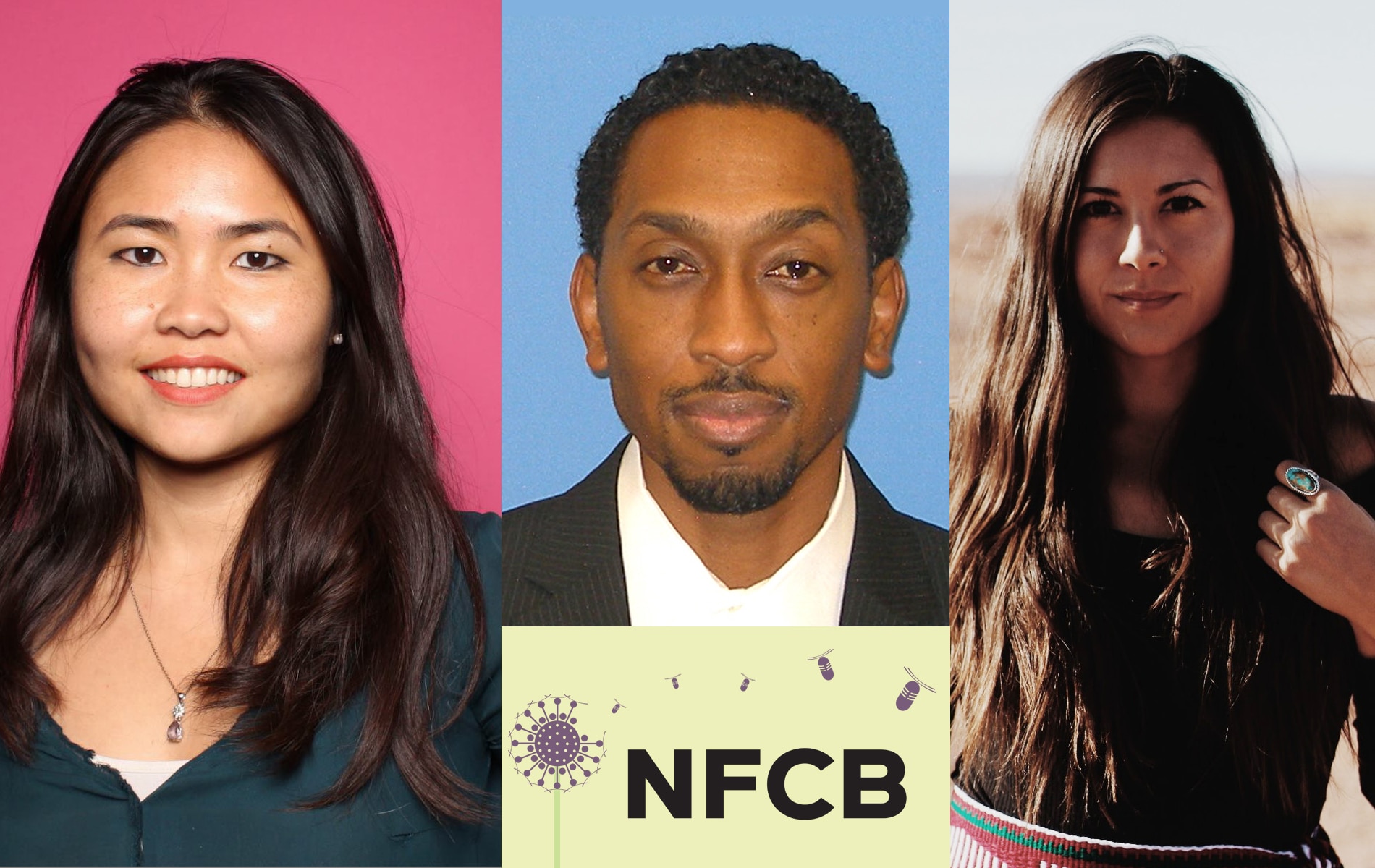 The National Federation of Community Broadcasters is pleased to announce the recent selection of three members to its board of directors.

Ngoc-Tran Vu (she/her) is a Vietnamese-American interdisciplinary artist and organizer whose socially engaged work draws from her experience as a community organizer, educator, and healer. Born in Vietnam, Tran came to the United States with her family as political refugees and grew up in Boston’s working-class neighborhoods. She is currently the Deputy Director of AIR (Association of Independents in Radio) where she advocates and supports for independent producers in public media and mission-driven work. Tran received her MA in Arts and Politics at New York University’s Tisch School of the Arts and her BA in Ethnic Studies and Visual Arts at Brown University. She works across borders and is based in Boston, Massachusetts.

Carl A’see is the General Manager of Statement Media (WSSB, WOBS, and WPJK) at SC State University. He also heads the training program at WSSB Radio Station for students interested in radio broadcasting. Carl has broadcast experience in public and commercial radio, higher education and the non-profit sector.

Darrah Blackwater is from Farmington, New Mexico and is a citizen of the Navajo Nation. Blackwater will graduate with her J.D. from the University of Arizona in May, 2020. In 2014, Blackwater walked 1,388 miles across China with her walking partner, Ann Liang, to raise money for the New Day Foster Home and to advocate for children and adults with different abilities. Upon returning from China, she worked on the Navajo Nation teaching tennis and nutrition education, and co-leading a teen outreach program. She has completed internships in the office of the Assistant Secretary of Indian Affairs in Washington D.C., and under the Inspector General of the Department of Interior. She is a fierce advocate for Indigenous peoples, and is focusing her energy on the fight for spectrum sovereignty. In her free time, she enjoys wandering the globe, playing tennis, writing, and hiking with her dog, Kai.

In addition, NFCB’s staff and board of directors wish to thank Marcellus Shepard for his service. Shepard concludes his term on the board.