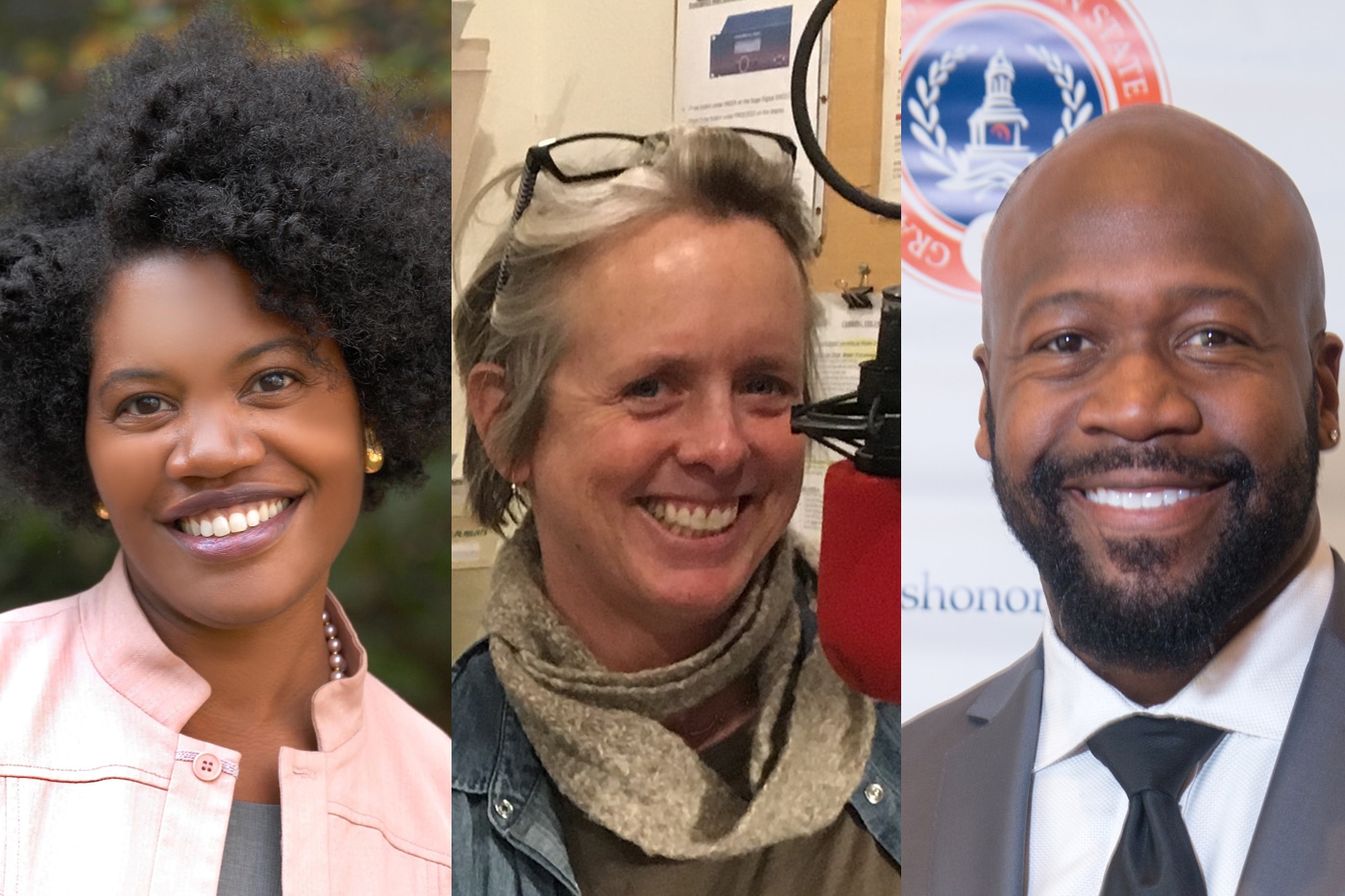 NFCB is pleased to announce the election of members to its board.

Member stations of the National Federation of Community Broadcasters have chosen the following leaders to the board:

Amanda Eichstaedt. Amanda Eichstaedt is the Station Manager/Executive Director of KWMR, West Marin Community Radio in Point Reyes Station. She started as a volunteer programmer in 2007 and in 2010 was hired to run the station. Amanda holds a bachelor in University Studies from the University of New Mexico and a master in Human Resources Organization Development from the University of San Francisco. After a long stint in retail sales and management, she became a city bureaucrat then left to run a Bed and Breakfast for many years. Ms. Eichstaedt brings a great deal of board experience as well as station management and organizational skills and is looking forward to serving on the NFCB board.

Sonya Green. Sonya Green is an award-winning multi-media journalist, public speaker and media educator. Green joined the Center for Collaborative Journalism, CCJ, at Mercer University in Macon, GA as an Engagement Reporter. The Center is one of the largest journalism/community projects in the country. Prior to joining the CCJ team, Green had the honor of being selected for the Knight-Wallace Journalism Fellowship class of 2017 at the University of Michigan. Before this she served as the Assistant General Manager/News Director at 91.3 KBCS in Bellevue/Seattle. She has more than 20 years of broadcast experience in public and commercial media. Sonya was previously elected and was running for re-election.

Marcellus Shepard. Marcellus “The Bassman” Shepard, also known as the “The Man With the Voice”, has been an on-air radio personality in commercial and public radio for over twenty years. He’s well known for his distinctive deep voice, which he uses for his afternoon drive shift, “In the Groove”, on WEAA 88.9FM in Baltimore, MD and as co-host of the nationally syndicated “Cool Jazz Countdown”. “The Bassman” was nominated for Jazz Presenter of the Year for the 2016 Jazzweek Awards. Currently Marcellus is the Program and Music Director at WEAA- FM, Baltimore. It’s the 3rd largest African American Public Radio station in the country. Marcellus was previously elected and was running for re-election.