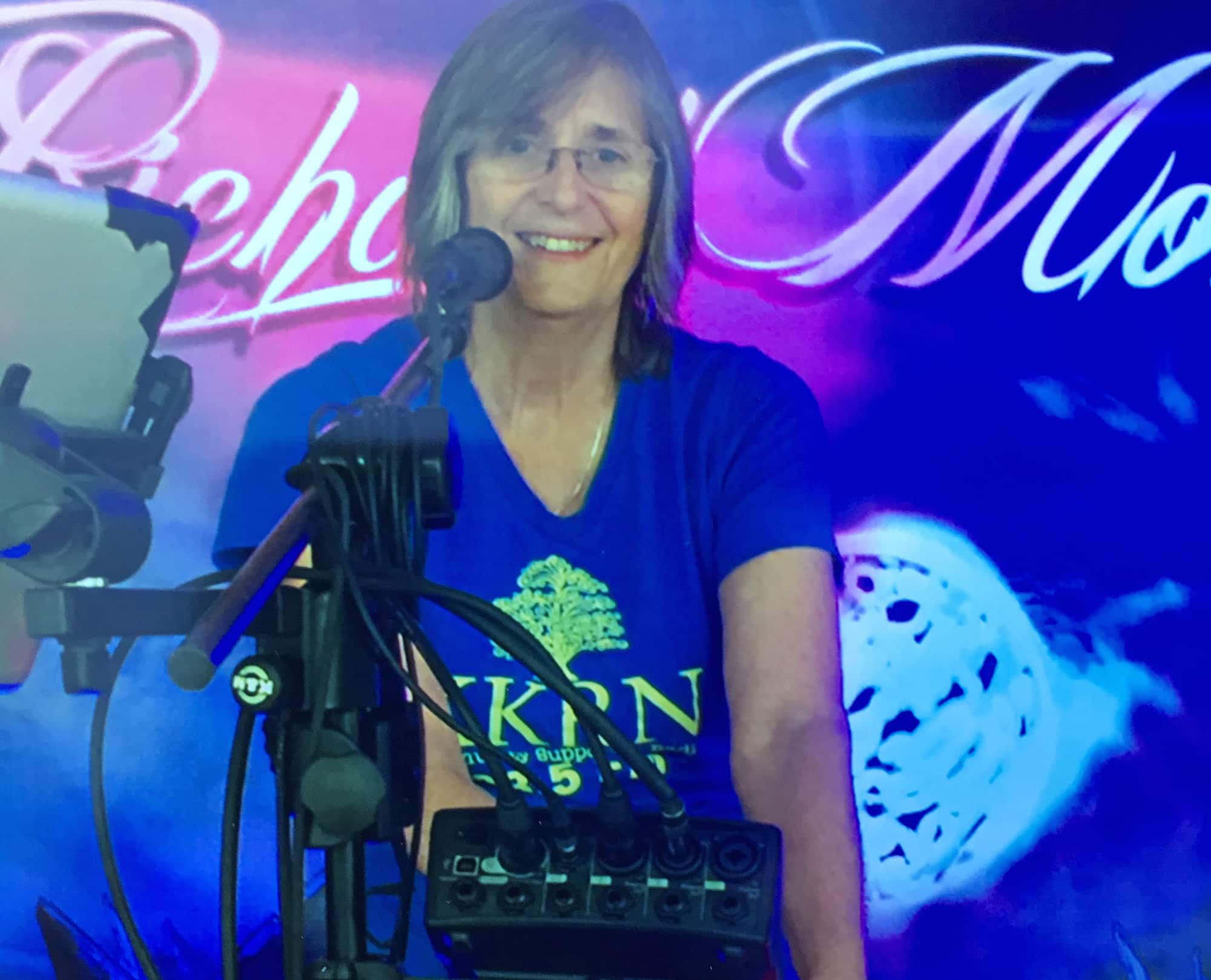 This profile appeared in the April NFCB newsletter. You can subscribe here.

Ellen Sugg was born and raised in Washington, DC. She went to the University of North Carolina-Chapel Hill and graduated with a degree in Economics. After one year in an office job, she moved on to helping start and run an experimental high school in the early seventies in Baltimore, MD and became an educator for the rest of her working life, starting in Maryland. She moved to California in 1977 and taught there, first in the city and then for 30 years in rural Shasta County. There, she lived “off the grid” in a remote area of the Shasta-Trinity National Forest for 15 years, had a family, including two children, and travelled 35 miles each way to teach elementary school. She also became involved in a local community project to start a primary care health clinic in the nearby small community of Round Mountain, serving on the founding board (1983) until the present time. In the meantime, she moved to Burney to be closer to her work. The month that Ellen retired from teaching, KKRN Community Radio went on the air. She had been involved in the establishment of the station, but after retirement she began to take on major roles as a volunteer, becoming the Business Director in 2013 and then the Station Manager in 2016.

What first drew you to community radio?

Good programming on NPR attracted me at first. Then I learned about Democracy Now and was able to see it on Free Speech TV around 2005. There was no way for me to listen to Pacifica stations or community radio in my local area, Shasta County. I longed for a local community radio.

What is your first memory of KKRN?

In 2006, I was part of a new local organizing group called Cascade Action Now. A local woman involved with CAN and other local progressive organizations came to our meeting to tell us that a frequency for a non-commercial educational radio station was opening up in our area. We were all thinking – LOCAL COMMUNITY RADIO!! Do we want to support the application effort? was the question and the answer was absolutely YES. In short order we and others had all pitched in to pay for application process and that was the beginning of KKRN.

We applied in 2006, had the construction permit by 2008 and the license in 2011. KKRN went on the air on June 28, 2011. Much work was needed, but we had an audacious group of people who had the will and determination to lead the way and to help however we each could, to write the grants, have the fundraisers, and build a radio station one step at a time.

How would you describe the station’s hometown and the cities it serves?

Our studio is in Round Mountain, CA. It is a small town of less than 400 people surrounded by 4 other small communities that make up our broader Mountain Community. Many of our founders had already worked together successfully in starting a much needed community health clinic in 1985 known as Hill Country Community Clinic in Round Mountain. By 2008, Hill Country Clinic was a remarkable health and wellness center and a Federally Qualified Health Center serving the medical, dental and counseling needs of an highly underserved rural area.

The vision of this clinic included building a healthy community and so they offered space to KKRN to build 2 studios and 2 small offices on the clinic campus. Thus, in a small rural town, there is a community radio station and an amazing clinic that serves the community in many ways beyond traditional health care and attracts people from all over the county. This environment is a wonderful home for community radio. Our mission is to foster positive social change and healthy communities. KKRN also has a production studio, listeners and volunteers  in Redding, a city of 90,000 people, about 30 miles away and in our listening area. Revitalization of downtown Redding is bringing more culture and community to the area. We are right in the middle of Redding’s Designated Cultural District. Shasta County, like many rural counties, has a lot of conservative people and voters. However, there are also many progressives. So we have the “divided nation” at play here. I consider it an opportunity to “know the other,” and find common ground with at least some of our community members who do not see things the way I do.

How is your station volunteer community special?

Other than a few professional subcontractors, KKRN is run by volunteers, so the volunteer community is all of us, from two women who are Station Manager and Program Director to 11 committee members and the nonprofit board, Acorn Community Enterprises, considered  woman-owned because the majority are women, to 15 local programmers and 5 – 10 more volunteers who do other important tasks to keep us going. We have a total of about 40 people. Having so many dedicated volunteers doing so much work is pretty special.

What are you most proud of as a manager?

I am proud that we were the first Pacifica Radio Affiliate in Shasta County, the first to bring to the airwaves shows like Democracy Now!, The Thom Hartmann Program, People’s’ Pharmacy, Peace Talks Radio, Making Contact, Eco Shock and so many other unique voices that were not heard in our area. I am also proud that women manage KKRN. I am proud that we have managed to earn all our operating expenses from many listeners, some local businesses and our fundraising events. Finally, I am proud that we have made connections and partnerships with musicians, artists, theaters, schools, community groups, festivals like Indigenous Peoples Day, Earth Day, International Women’s’ Day, and Pride Day in our area.

If you could tell another station to steal one of your successful ideas, what would it be?

We finish our Pledge Drives with a Community happening/fundraiser – an All You Can Eat Pancake Breakfast. It is a celebration of KKRN’s community of listeners and volunteers. We can talk about it throughout the Pledge Drive and we usually have a good turn out, people bring in pledges and more donations. We have local music, and bring in fun items to give away as door prizes. We have a great time, cultivating community and making a little more money!

Which challenges do you feel closest to overcoming, and how?

We continue to make progress in the mechanical and technological aspects of radio….how to stay on the air during power outages due to storms, fires, etc.

Complete this sentence: “the one thing I can’t live without as a community radio manger is ____.” (and why do you say that?)

The KKRN mobile app so I can listen a lot more than I would otherwise be able to.

What’s the best advice you got that you still apply to this day ?

Join NFCB and utilize its resources, especially when you are starting off. Build a foundation by writing governance documents and modify as needed.

Where do you expect community radio to go in 10 years?

I hope and expect that many people who love community radio will still be alive and listening and promoting and supporting the medium of radio. Methods of listening may continue to change. I hope that our communities all over the world will retain local control and access to grassroots, independent media.