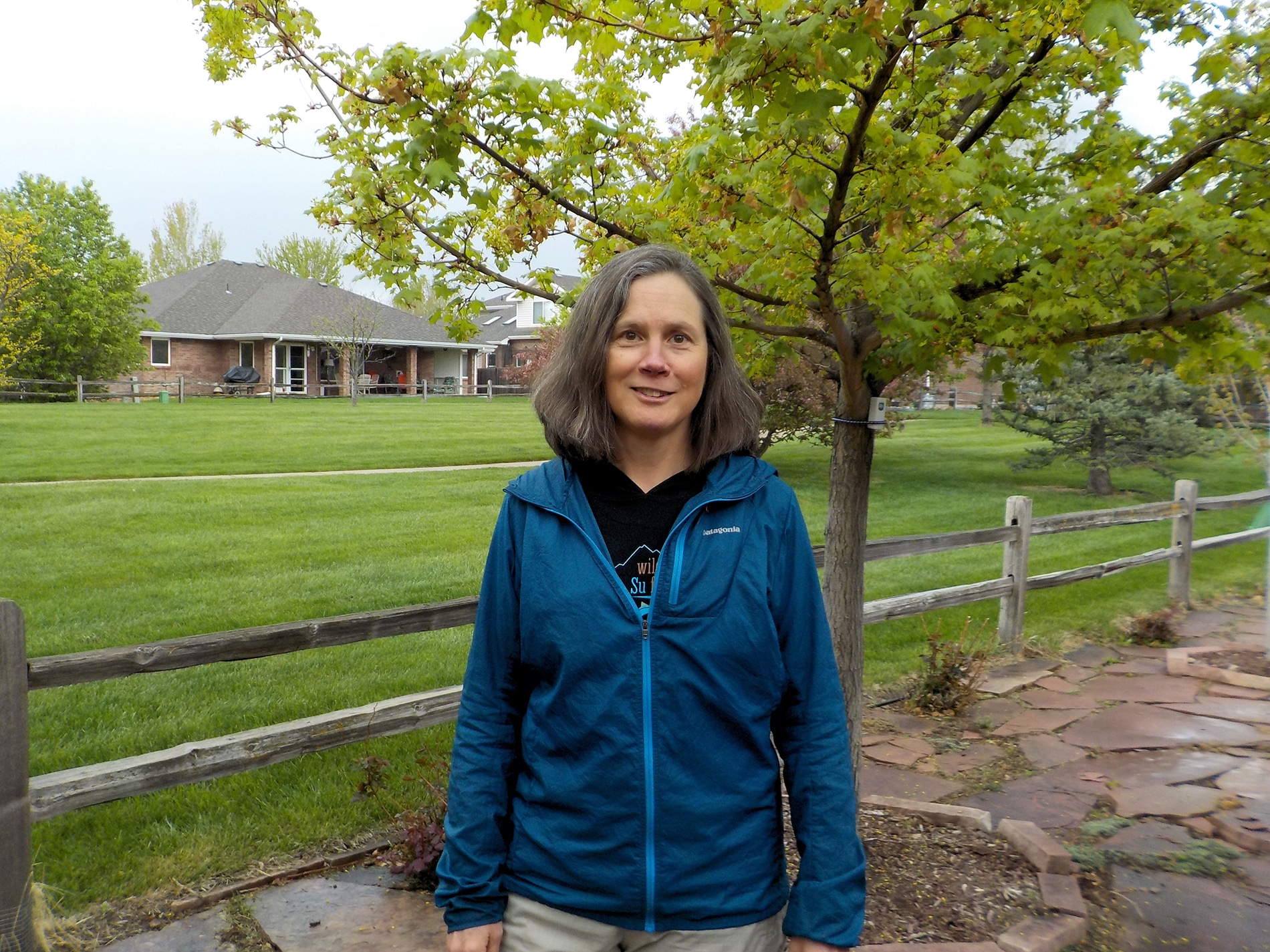 This article appeared in NFCB’s monthly newsletter Subscribe below.

Corinne Smith became the General Manager at KTNA in 2016 after 15 years as a program director at The Nature Conservancy in Alaska and 10 years as a structural engineer. She has a Bachelor of Science and Masters in Structural Engineering from Cornell University and a Masters in Environmental Science from Alaska Pacific University. In her third career, she has been learning as she goes with the help of many generous colleagues in public radio. She first became an on-air volunteer and member of KTNA in 1995 and feels blessed to be an integral part of KTNA, connecting and enriching the communities of the upper Susitna Valley.

What about KTNA inspired you to become its manager?

When my husband and I moved to Talkeetna the first time in 1995, we turned our radio to the left end of the dial and liked the public radio station we found there.  It seemed so much more community-oriented than the public stations in the urban area where we had moved from.  So when KTNA announced that they needed volunteers, I showed up to stamp envelopes and was surprised to find a week later that I had a music show! We both became on-air volunteers and became part of the KTNA family.  Some of our longest friendships started because we met people at KTNA way back then.  We moved back to Talkeetna in 2015 and volunteered again. When the manager job became open in 2016, I couldn’t think of a better way to become a part of this community.

What are you most excited by at the station?

That’s a tough question. Anyone who manages a community radio station will tell you that there’s seldom a dull moment. Right now, as we see the light at the end of the pandemic tunnel, I am excited about having guests, especially musicians, back in our studios. We started upgrading our studios just as the pandemic hit. Some of those changes were to enhance the space for musical performances and we’ve not had a chance to really try them out yet. And our membership drive is this month, and our DJs can bring a vaccinated friend to the studio for their show. The energy level is going back up at the station and I love having all that volunteer enthusiasm back.

Walk us through your typical day.

Ah, sometimes I wish there was a typical day! After washing my hands and donning my face mask, I go to the studios to see if volunteers have left staff any messages and that everything is set for the next volunteer, who will probably be reading our local midday news. Then at my desk I listen to the classical music show we air after NPR news as I update announcements on our website and try to get through as many emails as I can. If I have any studio production to do, I try to do it early in the day before our reporter and volunteer producers need the space. Or if there’s something that really has to be done that day, I try to get it done in the morning when things are typically quieter. I like to listen to the Local Midday News (sometimes I’m the one who reads it). Early in the afternoon we have various staff meetings, and some program and committee meetings happen later in the afternoon. Of course, an equipment issue will throw all of that out the window. We don’t have an engineer on staff so I troubleshoot and contact our contract engineer (two hours away) by phone if we need help. During membership drives I might be on the air or operating the board for supporters who are going to pitch for us. We’re a small staff so if someone is out for a few days, I might be putting programs into automation, pulling news stories, or updating social media. Like I said, never a dull moment.

Your state was embroiled in a battle over funding. What lessons have you taken from it, as far as telling your story?

I learned that we need to be more vocal about the service we provide.  Most of our state’s legislators are from urban areas where they have newspapers, multiple radio stations, and television. They don’t realize that in rural areas the public radio station might be the only reliable source of information during an emergency. That’s our most important role, but our mission is also to connect our community. Sometimes the radio is the only friendly live voice that someone has on a dark winter night. Our board is contacting our state and federal legislators more to update them on the service that KTNA is providing to our community. Our federal delegation understands the importance of public media so we are thanking them more for that continued support in DC.

What’s your favorite memory from your KTNA tenure?

In my second year as GM in 2018, KTNA celebrated 25 years on air. KTNA started off in a two-room log cabin that’s across the street from our current building. Our board chair was the executive director of the local history museum. She suggested we recreate the original log cabin studio in the museum for a few months. All of our staff and some volunteers were involved in looking back through the history of KTNA to set up that exhibit. Our Program Director had been there almost that long so she could recreate the original newscast notebook. Our News Producer pulled a dozen or so old news stories that were loaded on a CD that could be played in the exhibit studio. I read through a lot of old manager reports to contribute to a historical timeline for KTNA and our community over that 25 years. A couple of volunteers even re-created the original console that was in the log cabin studio. That exhibit was a wonderful bit of nostalgia, but I think it also reminded people how our small town created a radio station that is still fulfilling some important needs for our community.

How do you engage your listeners who may be very distant from you?

We have members all over the US. Some have moved away from Talkeetna, and our stream, website, and social media are some of the ways that they stay connected to friends and this area. And as a tourist town, we have visitors who fall in love with our community and stay in touch with Alaska through KTNA. We don’t have any special outreach to them, but as someone who moved away from Talkeetna for about 18 years, I think of them as I did myself: a former, sometimes, and future resident. And as long as we let our vision guide us – to be at the heart of the community by giving voice to its unique identity, culture and concerns – they’ll be tuning in, in some way, from wherever, to hear that local voice and perspective. Some of the ways we do that is: local people read our daily newscasts three times a day; the weekly Susitna Writer’s Voice features local authors; music shows in the afternoons and evenings with local DJs; getting local musicians on air as often as we can; and the podcast we launched while in the first cohort of NFCB’s Community Counts Initiative – The Blue Tarp, which tells the stories of our area in the voices of the people who lived them.

What is your secret work hack to make you more effective?

I’m pretty terrible at leaving the building during the day, even though every couple of months I send myself emails or put stickie notes on my computer commanding myself to go for a walk and get some fresh air. But what I do try to do most days is to disconnect from my computer while I eat my lunch. When the weather is cold, I look out the window at our beautiful snowy 2nd Street scene. In the summer on nice days, I’ll go to the picnic table in the back yard. I really try to give my mind a break for those 10 to 15 minutes. Though I admit that I still listen to KTNA when I’m taking this break at my desk. It’s one of the few times in the day when I can just listen to whatever’s airing at the time.

And not so secret, I’m a compulsive list maker. I find that having a list of things I need to do frees up some brain space for actually doing something, versus having to remember to do it.

What advice do you wish you could go back in time and give yourself when you started this job?

I was really lucky with my start at KTNA. My predecessor retired in the area and was available for questions, and he had already spent a lot of orientation time with me during his last month on the job. Nothing broke in the first 6 months and there weren’t any calamities to deal with either. I really do look back at that as a honeymoon period when I was able to figure out what the job is and how the station operates. I didn’t come on board with any great changes in mind, though I did have an overly ambitious 6-month plan of things I wanted to accomplish. I soon realized that the day-to-day responsibilities were going to temper my time frames. If I could go back, I’d probably tell myself to write down a few ideas of things that I might want to do during my tenure, but to wait a few months before getting too ambitious with setting goals.