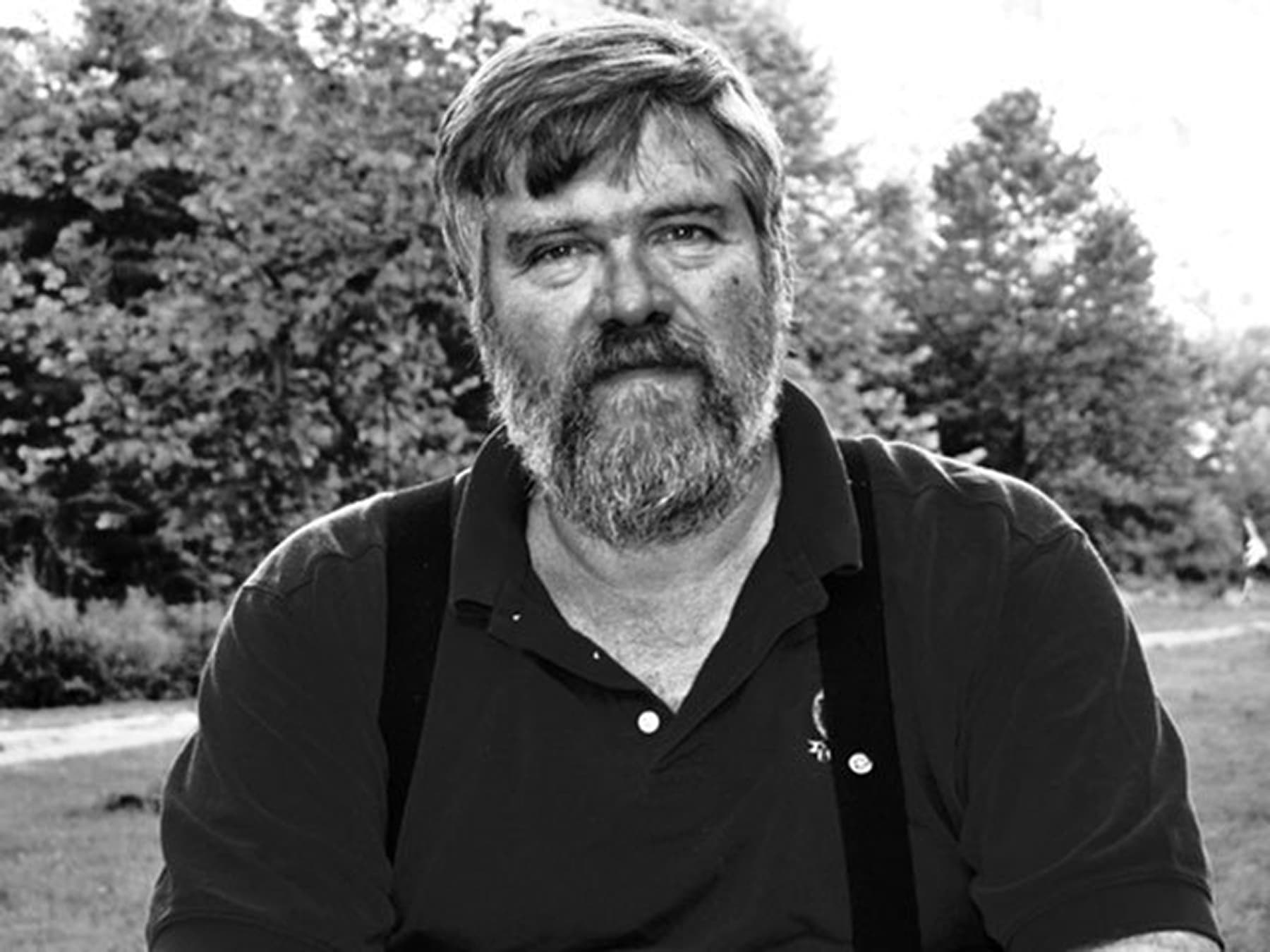 Art Menius has enjoyed a distinguished career in American roots music and non-profits, as a writer, music festival and concert presenter, non-profit and trade association executive, and radio host. From 1985 through 1990, he served as first Executive Director of the International Bluegrass Music Association. After a year as Folk Alliance International’s (FAI) initial President, he worked as its Manager from 1991 through 1996. Menius worked full time for MerleFest from 1997 through 2007. He then served as Director of the famed Appalshop in Whitesburg, KY (where he began his broadcasting career on WMMT), and The ArtsCenter in Carrboro, NC. Since late 2014 Menius has been hosting radio shows on WCOM and WHUP, and is still writing.

I’ve been a hardcore radio nerd since I was maybe 11 years old when I realized you could listen to distant AM stations after dark. I grew up when DJs had outsized personalities (Rick Dees started at WKIX in Raleigh, NC) and public radio programming was in its infancy. I heard Lee Abrams invent AOR at WQDR during senior year in high school. Charlie Brown, THE DJ on WKIX 50 years ago, now follows my wife Becky Johnson on WHUP-LP, Hillsborough, NC.

Back in the 1980s, I marketed a syndicated live performance bluegrass show on barter to commercial stations and would go to Country Radio Seminar in Nashville. In 1984, I developed the bluegrass radio database that has evolved over the years into my folk and roots radio database with more than 1,000 contacts, many from community stations. A score of years passed with many adventures in American roots music that involved radio, including radio folks belonging to IBMA and Folk Alliance. I got to know pre-1955 live radio entertainers, Grand Ole Opry announcers, and a DJ who had been on border radio at age 17 in 1948. At MerleFest, the large roots music festival in Wilkesboro, NC, I administered a program that distributed tickets for giveaway to more than 100 stations, some of them first wave LPs.

In 2007 I became director of Appalshop, deep in coal country in Whitesburg, KY. Appalshop included film, theatre, music, archives, and WMMT, a 10,000-watt community station that serves a large area in southeastern KY, southwestern VA, and bits of TN and WV. CPB supported the five full-time staff, and its general manager reported to me such as one reports up at Appalshop. Thus, WMMT staff began my community radio education, and I had much to learn. My spouse Becky Johnson soon landed a bluegrass show. In November 2007 I became one of three rotating hosts for a 2.5-hour Saturday traditional southern and Appalachian music show.

In April 2012 I made my way back home as director of The ArtsCenter in Carrboro, NC, located across the parking lot from the second location of WCOM-LP, which had gone on air in November 2004. The studio building faced demolition for the Fleet Feet stores headquarters. Meanwhile, the ArtsCenter was not using a long, narrow room with floor to ceiling street view windows. I rented out that space for WCOM’s new studios, which opened in September 2012. That move and getting the state to put up an historical marker for Libba Cotten, who grew up across Main Street, were events marking my return home.

The ArtsCenter building will eventually be replaced by a hotel. In a couple of years, WCOM will move into 203 South Greensboro, a new building housing the new branch of the county library and town Recreation & Parks. That is why you keep local government engaged with the station and involved in the community.

I spent two years as president of the Public Gallery of Carrboro and am entering my fourth and final year as treasurer. My WCOM show since 2014 is “The Revolution Starts Now: The Topical Song Show.” On WHUP, after two-and-a-half years, I just handed off producing shows from 30 years of board recordings from the Festival for the Eno in Durham and will be producing “The Revolution Starts Now” on both stations.

When I left The ArtsCenter in 2014, I hung out my shingle as a promoter of recordings to folk and bluegrass radio and an arts grant writer. Both skills have a lot to do with community radio. The guiding principle for Art Menius Radio is to treat programmers the way I want to be treated as a DJ.

My 13 years in community radio give me the tremendous advantage of an inside – outside perspective few have, especially at the community level. Promoting folk music keeps me in touch with community programmers all over North America. I don’t know who engages with more different community stations week in and week out except for NFCB staff and Eva at Spinitron.

Is there a moment that, for you, captures community radio at its finest?

In 2020, WHUP-LP in Hillsborough, NC split the proceeds from both on-air drives with the Orange County Arts Council, which distributed the money to artists struggling financially due to COVID-19.

WMMT provided a weekly hip-hop show, which had a large, incarcerated citizen listenership and a well-known holiday special, “Calls From Home,” that allows friends and family to shout out to their loved ones incarcerated in distant central Appalachia.

As a historian, you’ve in the past talked about music and radio as tools of social change. How does community radio fit into this history?

Community, college, and tribal radio are the last of how it was, to adapt T.R. Pearson’s felicitous book title. We offer radio that is still tied to a specific place and produced by real people, just as all stations once did, at least during daylight hours. I am old enough to know commercial radio that was embedded in community (WCHL still, which affects WCOM’s offerings), hit parades were local market and news departments too. That all disappeared, intentionally, during the 1970s and 1980s with commercial formats followed by the final straw, standardization of public radio format built on NPR and PRI shows.

Community radio permits more than two opinions about issues to be heard and new music outside the mainstream to find its audience. In rural areas and smaller cities without a WCHL, community radio often provides the only daily local news source. That is true in Hillsborough for WHUP. We are where citizens can hear local election returns precinct by precinct as they come in. We are where people can still come together in the public square of the air.

It goes beyond preserving a precious part of Americana rooted in community. College and community, especially tiny budget LPs, and college radio form the backbone of media in America not driven by money, whether by advertisers or underwriters and donors. We also, along with college newspapers, populate most of the locally owned mass media in much of the USA. Community radio is the antithesis of and the rejection of mass market media and one of the last lines of defense.

Music itself, particularly bluegrass and folk, has been central to community radio for generations. As someone who has led roots music organizations, what advice can you offer stations and musicians when it comes to promoting this music?

What applies to both radio and roots musicians is that they work in a one-on-one, retail space. That is why I fell in love at first with the folk music industry 38 years ago. I am a rural North Carolinian from the middle of the 20th century. I need to engage with the world that makes sense to me; where I’m not Fred Flintstone in a Jetsons’ world. Community radio and the folk music business provide that. Neither in folk music or community radio can one forget their audience consists of individuals, not demographic groups for advertisers.

Musicians, labels, and promoters need to take the time to learn about community radio. Most have no idea how we work, expecting a centralized system. I know because I have been opening station mail and email for years. When I have worked projects for labels, I have encountered resistance to sending more than one CD to a station, for example, and an assumption that a music committee or music director distributes promos to the appropriate hosts. Artists will just mail a CD to call letters and address, no person or title. Where I have volunteered, that meant the lingering death of the New Releases shelf. They don’t get why they can’t send an email to the station’s standard email address, saying they are going to be passing through in 48 hours and want to play on air.

Radio folks need to reach out to the larger folk music industry, to be connected person-to-person, to promoters and labels. Getting good promo service, interviews, and liners require action. Any folk music host can report to the Folk Alliance International chart. Stations and genre hosts can apply for NACC Folk and other charts. They needed to be part of the folk music scene locally, regionally, and even internationally.

You’ve led so many dynamic organizations over the years, from Appalshop to Folk Alliance International. What was one of the biggest challenges you faced as a leader, and how did you solve the problem?

Personally, the challenge is that my strengths are strategic planning, member relations, and community relations, I was never a good day-to-day manager since I kept looking at the big picture when details mattered to employees.

Reflecting on your question, I realize how fortunate I was as an executive director in avoiding major crises. I directed Appalshop during the Great Recession, but in Central Appalachia it is hard to tell depression from a surging economy, and the foundations that supported us weathered the storm.

My greatest challenges came in getting ambitious new organizations off the ground, in holding the center together or at least appearing to. The first year of Folk Alliance was rife with struggles as the steering committee invented a bold new organization. Bold because the North American folk community was not cohesive. Annealed only by the desire to make this work, too few of us knew and trusted people from other parts of the continent, especially in the USA, while those who focused on traditional folk looked warily at those working with contemporary artists. Half the people were volunteers, and half made a living in folk one way or another. Helping lead the way through this and becoming Folk Alliance’s first president did demand all my skills and understanding of board dynamics, particularly these three:

Over the course of a year, including the torture of literally seeing the World Series out the window during a 12-hour meeting, we worked it out, issue by issue, step by step.