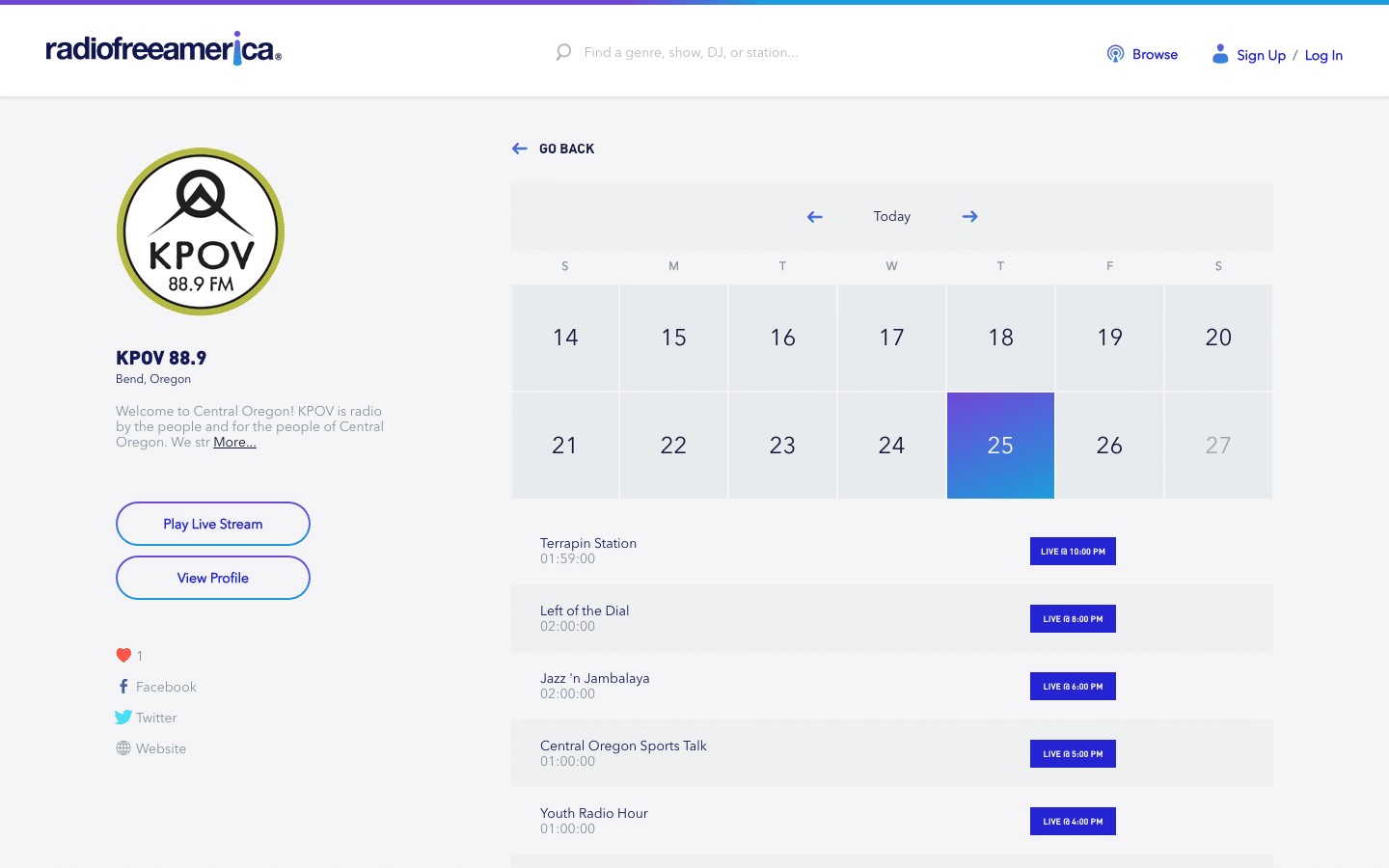 Radio Free America, an online resource for community radio, is about to launch its next version, featuring tools sure to be of interest.

RFA is a free service that simplifies recording, archiving and maintaining radio programs by community radio outlets. It also makes them available to listeners on-demand and with a fresh looking interface. The startup has onboarded 24 community radio stations into RFA’s service.

RFA recently collaborated with Spinitron to make the connection of its playlist and other functions, long considered crucial for station engagement, into RFA’s web frontend.

“Starting today, even the most modest of stations can adopt our free services and give their listeners on-demand versions of their programming” RFA’s Jeff Abrams says.

RFA’s new interface is due to be released Sept. 8 ahead of a full-revision, 2.0 release expected by late September. For more information, you can visit radiofreeamerica.com.