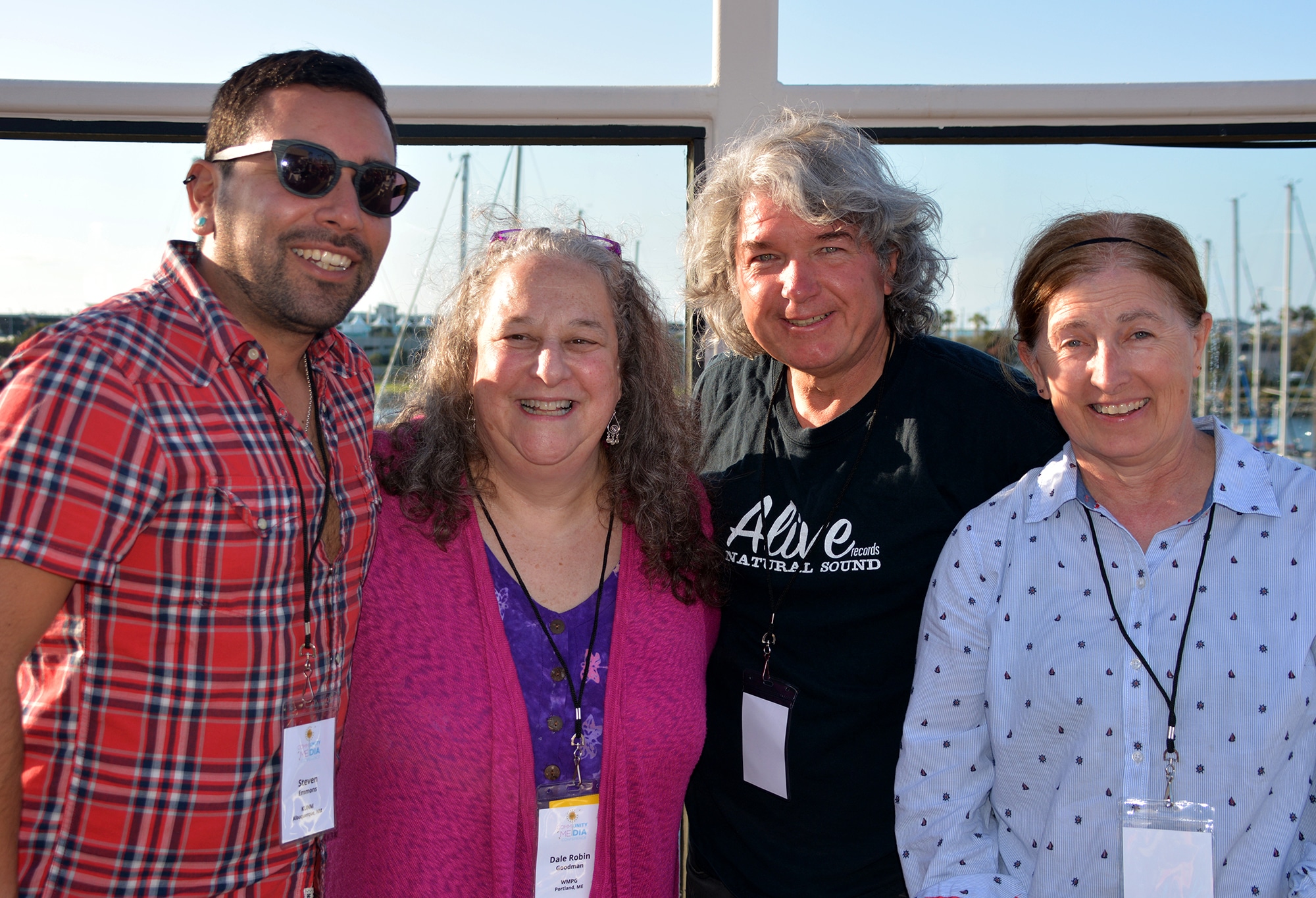 The following appeared in NFCB’s July newsletter. You can subscribe here.

Hundreds of community radio managers, staff and volunteers converged on San Diego, June 18-20, for NFCB’s 2019 Community Media Conference. It was the first national gathering since 2017’s conference in Denver, and it arrived at an important time. With new media channels on the rise and increased demand for local coverage, community radio is being asked to do more than ever. The 2019 Community Media Conference was intended to help stations respond.

The National Federation of Community Broadcasters’ signature event brought together many first-time conference-goers and those from around the United States and beyond. From large full-power stations to low-power FM and online stations, Native American outlets to Latino stations, Historically Black College and University radio to rural organizations, a broad spectrum of community radio was well represented.

The 2019 conference featured several days of events for stations to learn from.

Day One of the conference featured a full house for the Native Public Media morning session on Emergency Communications Preparedness. NPM CEO Loris Taylor led stations through a wide-ranging discussion on how community radio can most effectively respond when cities and towns are faced by wildfires and other nature-based disasters. Later in the day, three information-rich intensives covered audio production, human resources and major giving programs respectively. These three-hour presentations gave attendees practical guidance and the opportunity to explore solutions to important questions facing community radio stations.

The day concluded with a packed opening reception, which took place on the host hotel’s outdoor terrace.

Day Two began with a keynote by author Nina Simon. She spoke about her life experiences and inspirations, such as astronaut Sally Ride. She also advanced some of the ideas she covered in her book The Art of Relevance, which explores how organizations can be more indispensable to people in their communities. A lively question-and-answer segment followed Simon’s speech, and planted the seeds for the start of conference sessions.

June 19 was the first complete day of panels, which began shortly after the keynote and continued late into the day. Among the highlights of the day’s agenda included a capacity session on managing stations through conflict; an on-air fundraising primer led by veteran media leader Melanie Coulson; and a spirited legal roundtable featuring some of noncommercial radio’s smartest attorneys. The Community Media Makeovers round of conference panels offered attendees a glimpse at case studies from stations participating in the Community Counts Initiative. Solution Center talks brought together station program directors, general managers, development staff and all-volunteer station organizers to cover common struggles and uncommon workarounds, as well as an exchange of ideas to do the best work possible. The day ended with unconference sessions that featured topics as diverse as consensus decision-making and audience metrics.

Attendees spent time late into the evening exploring San Diego as well as visiting with each other about what was learned during the Community Media Conference’s busy day.

The conference’s final day opened with a keynote by legendary community radio lawyer John Crigler. The Tennessee native retired from Garvey Schubert Barer last year after a long career that included representing stations before the Federal Communications Commission and many judicial and legislative bodies. Crigler peppered his talk on community media’s past, present and future with humorous anecdotes and references to the nearly mythical community radio figures he’s known.

Following Crigler’s speech, NFCB celebrated community radio volunteerism with a special video featuring a host of stations from Alaska to Puerto Rico. All spoke on the volunteer experience and the necessity of volunteers to stations everywhere.

June 20 featured another full day of conference gatherings. Among the most noteworthy workshops included Ken Freedman of WFMU explaining how the station had crafted a dynamic morning drive-time program; a community radio podcasting roundtable presented by media outlets that have found new audiences via podcasting; an interactive session on building your station’s budget; and instruction aimed at helping stations to create strong underwriting and in-kind underwriting programs.

Initial feedback from attendees was overwhelmingly positive. Evaluations reflected stations’ interest in innovative speakers and topics. Many attendees said how much connecting with colleagues was a game changer. Where stations may work in isolation on a day-to-day basis, the NFCB conference gave many attendees an opportunity to learn from others, hear what peers were up to, and get fresh ideas for work that could be done. You can check the hashtag #NFCB19 on social media for many more insights and attendee testimonials.

NFCB wishes to thank everyone who came to the conference, as well as event exhibitors and conference sponsors including the Corporation for Public Broadcasting, Wyncote Foundation, Comrex, Fletcher Heald & Hildreth, Radio Research Consortium and Garvey Schubert Barer. We look forward to welcoming everyone to a future event, to be determined.