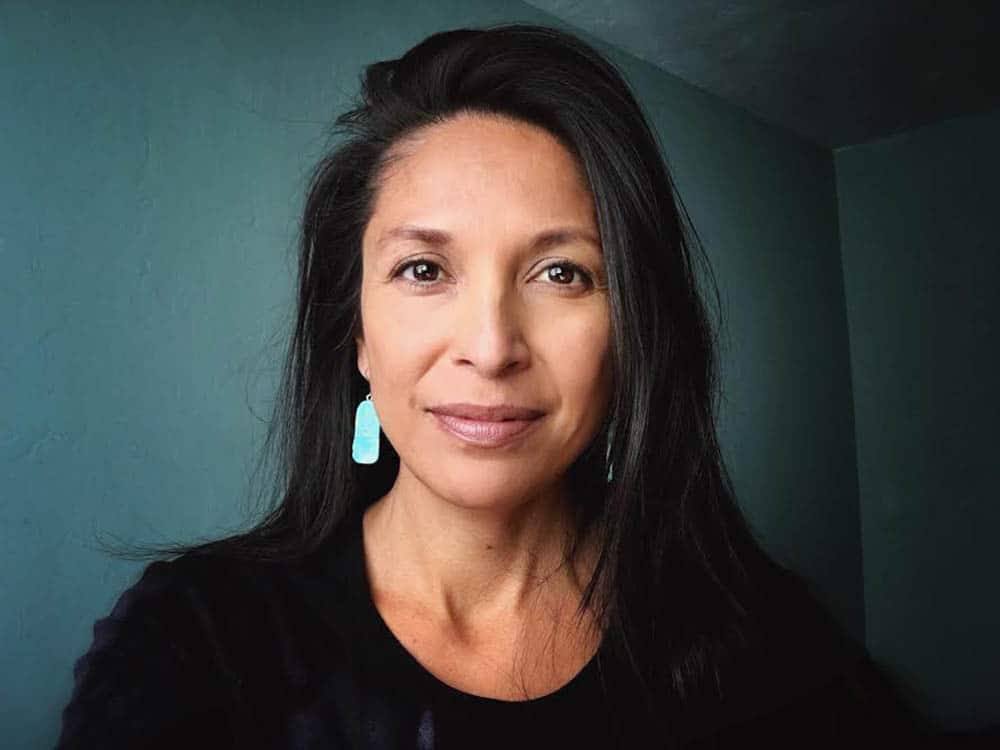 Jenni Monet grew up in indigenous communities across Indian Country.  The daughter of a driven single-mother who worked as a nurse for the Indian Health Services, Jenni bounced around a lot as a kid, experiencing the differences, but also the similarities of many of the country’s tribal nations.  Today, Jenni is executive producer and host of the podcast, Still Here: Modern Stories of Resilience, Indigenously Told — and also an independent journalist with recent works published with the Center for Investigative Reporting and its news platform, Reveal, the PBS NewsHour, Columbia Journalism Review, Public Radio International, High County News, Yes! Magazine and Indian Country Today.

In December 2016, Jenni embedded herself on the Standing Rock Sioux reservation to chronicle the ongoing battle against the Dakota Access pipeline where she was arrested in February while on assignment.  In response to her charges of “criminal trespassing” and “rioting”, Jenni joined a renewed call for protecting our civil liberties, and more directly our First Amendment right to free speech under the U.S. Constitution.  Jenni is an alum of the Columbia Graduate School of Journalism and a board member of the National Federation of Community Broadcasters where she advocates on behalf of tribal radio stations.

This year, NFCB has themed its conference A Place Called Community. It speaks to the role stations play. This NFCB conference offers tracks on content, revenue and engagement, to pledge drives, underwriting, podcasting, legal subjects and much more. Register today at bit.ly/NFCB2017.

If you have friends or associates who want to sponsor or exhibit at this year’s conference, or want to do so yourself, information is here: bit.ly/NFCB17Sponsor.