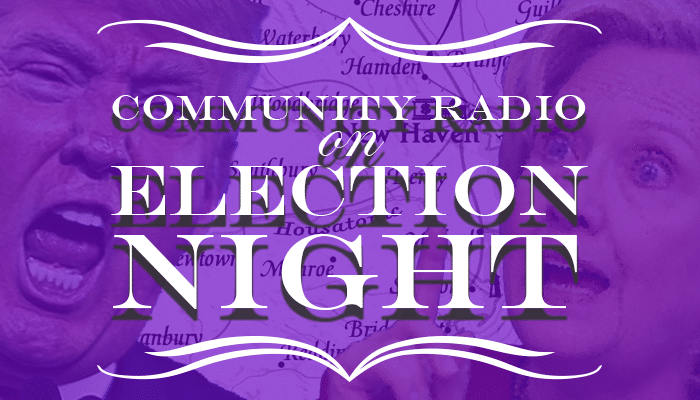 Hear the winners of national, state and local races on your area community radio station.

In addition, Democracy Now, which feeds out to many community radio stations, will offer rolling coverage on the air and online.