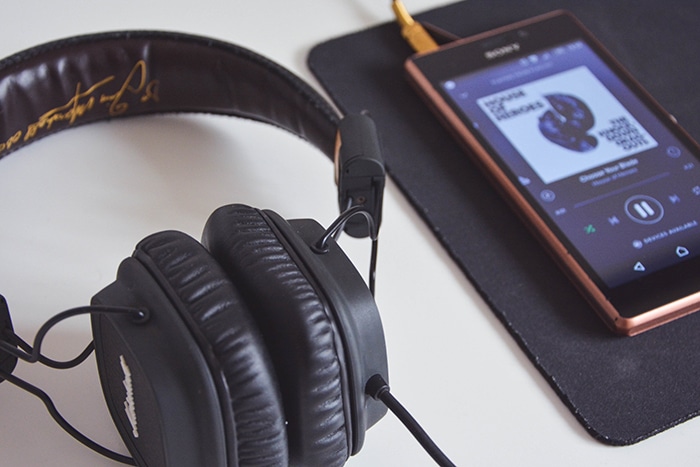 The next great American podcast may not be incubated from Gimlet, Midroll, Panoply or Loud Speakers, but from community media.

Podcasting affairs are okay right now, of course. NPR and many organizations are doing well financially with podcasts. How long it lasts is more uncertain. Diversity remains a persistent issue. In a December essay, Eric Nuzum worried that the podcasting space is mirroring what the music industry became. Stratification and money will empower NPR, ESPN and big players to shut out independent podcasts, much like major labels did to indies in years past. Nick Quah remarks similarly, stating that independent podcasting is going to need to self-organize. That is, as Nuzum points out, if majors don’t buy them out first.

Indeed, in this world, not #everybodyeats.

Nevertheless, that independent podcasting energy is alive and well. Gear is relatively inexpensive and sites for learning are plentiful enough where more and more people are getting into podcasting from homes across America. Enter community media, especially radio.

Community radio — those hyperlocal, producer-centric media spots in big cities and small towns across the United States — is exciting because you have people creating audio stories, sharing community visions and mixing great music, not for CPM or pre-roll guarantees, but because their communities matter. I acknowledge people doing it for the love of doing it rather than a check sounds quaint as an old punk rock record to some. But bewitching art comes from that kind of integrity. Like the music Nuzum speaks about, it’s never perfect, but there’s something to it that sticks with us.

Community radio is poised to deliver great podcasts for several reasons. First, most are rooted in different creative circles than the topline podcasts are at. Quah is right about the coming podcasting class war. New Yorkers may think the world outside the city limits is Mogadishu, but in fact there’s a remarkable nation of better, hungrier, more engaged talent and culture elsewhere. Second, community radio has the tools readily available for local producers. From broadcast quality microphones to soundproofing to digital editing software to, in many cases, 24/7 facilities, community media organizations nationally have the means to put new podcasts out around the needs of producers at little to no cost. Finally, the diversity of talent and experiences is going to naturally offer a glimpse of America that podcasting currently doesn’t represent. No more shots at New York, but I suspect we can all agree the experiences of Latinos in Texas, African-Americans in Illinois and working-class Anglos in Oklahoma will have an authenticity and resonance that we should hear more.

You may say, “if that’s all the case, why isn’t that happening now?” For organizations and communities, there’s a major need to develop bigger financial investments in their infrastructure. That’s more than the station, but leadership currents in the public media system (read: invest in community media, please) and among civic leaders. The other issue is discovery. How much are we talking about the wonderful podcasts community radio is doing?

I am often impressed by all the appealing podcasts I hear come out of community radio stations every day. If you’re curious about what community radio offers in terms of voices and interests, I recommend you start here:

Superb podcasts all around, I believe. If you’re a hater, pick the most meh of what you just heard and ask yourself, “if there was 1/100th the investment that’s in fill-in-the-blank topline podcast, how much stronger might this be?” Now you get the picture.

Community radio represents the United States and the spirit of democracy and media as few outlets today do. Discovering its podcasts, celebrating its daily work and defending its growth can only benefit producers, podcasting and non-profit media.